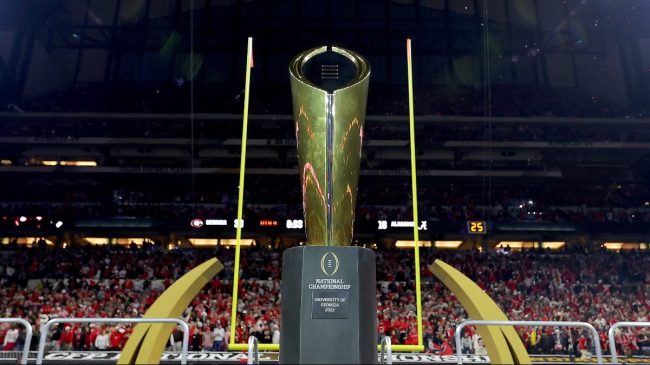 Many have been pushing for a College Football Playoff expansion for years as the current format only allows four teams to make the postseason. It feels like we see the same two or three schools make a run for the championship and many want change to happen. This would give other schools a chance to compete on the biggest stage. Well, it sounds like it could happen a lot sooner than we thought.

According to Front Office Sports, College Football Playoff presidents will be voting on what’s to come next for the CFP on Friday, September 2. One key aspect everyone is keeping tabs on is the playoff format, as they are actually discussing a bump up from four teams to 12 teams.

The 12-team College Football Playoff remains “the favorite” among the CFP Board of Managers.

On Friday, they could vote to adopt the model for the final two years of the current playoff contract — 2024 and 2025. pic.twitter.com/flsQXb0Yj6

If the voting is passed, we could see a 12-team format come to fruition as soon as 2024. This is incredibly exciting news, but don’t get your hopes up just yet. Nothing is final until after the board members place their votes.

So, for that reason, keep a close eye on the college football news cycle throughout the weekend. More information is sure to be released soon.