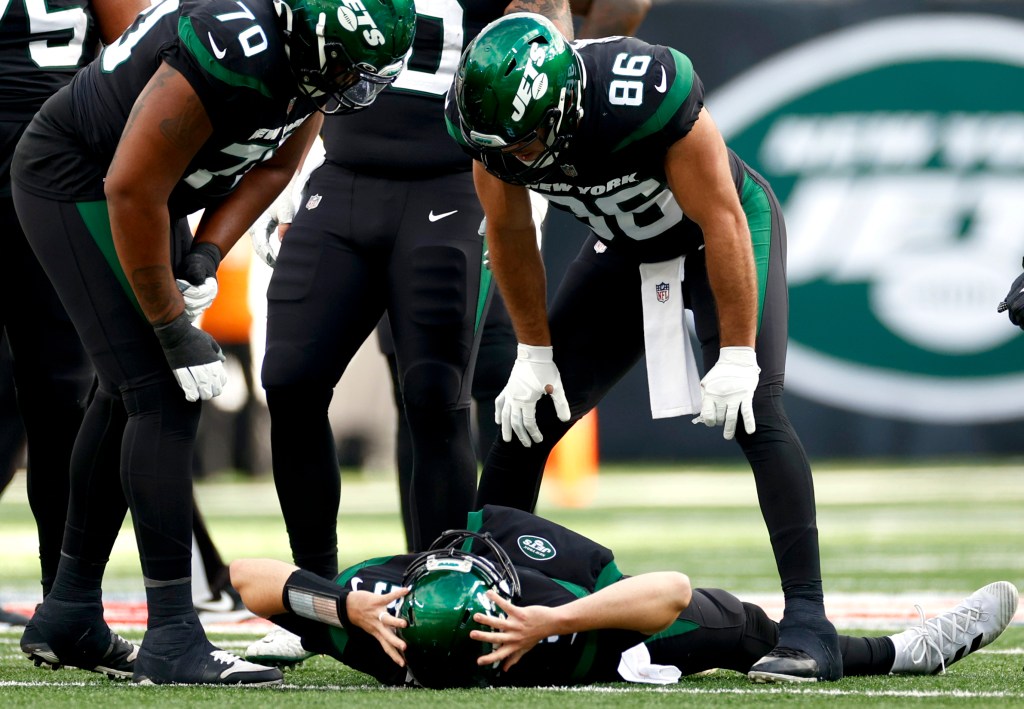 A 35-year-old Jets fan who was at the Meadowlands on Sunday to watch the underdog New York Jets beat the Cincinnati Bengals placed a $1,00 bet on quarterback Mike White and won $125,000 on Monday night.

The bet was an incredible long shot and the reason he placed the bet in the first place is an example of deductive reasoning that can only happen when you’ve experienced the misery of being a Jets fan.

It started when the small business owner from New Jersey was down in Atlantic City visiting family ahead of the Jets-Bengals game where he’d be sitting in the 4th row to watch his team upset the Bengals. Jets quarterback Mike White was virtually unknown by the NFL world two weeks ago.

Seriously, NFL fans actually had trouble believing that Mike White is a real person ahead of the game. And everyone erupted with jokes on social media when White was announced as the starter for the injured Zach Wilson.

But this fan looked at the board and thought it would be fun to have something to root for so he placed a $1,000 bet on Mike White having the most passing yards in the NFL. Mike White had 125-to-1 odds which were the 4th longest of any quarterback in Week 8 of the NFL season. But this bettor knew something the books didn’t consider enough: the Jets are an absolute dumpster fire of an organization.

The fan told David Purdum at ESPN’s Chalk “I just thought it would be fun to have something to root for while I was there,. The Jets are just so terrible that I figured they’d be behind the whole game and have to throw the ball a bunch, so it seemed like a good bet.”

This was his biggest win to date. He turned $1,000 into $125,000. And it was all thanks to Jets quarterback Mike White throwing for 405 yards (37 completions on 45 attempts), 3 touchdowns, and 2 interceptions for a QB rating of 107.9. Tampa Bay Buccaneers quarterback Tom Brady finished the week with the second-most passing yards (375) and Cooper Rush threw for 325 yards which was good for the third-most in the league.

Going into Moonday Night Football must’ve been STRESSFUL. Knowing that Patrick Mahomes, albeit a different and struggling Patrick Mahomes from the QB that we’re used to, was playing must’ve made that $70K bid on PropSwap seem enticing.

Would you have sold the ticket? Would you have let it ride and gone for the $125K instead of accepting $70K? Let us know in the Facebook comments!