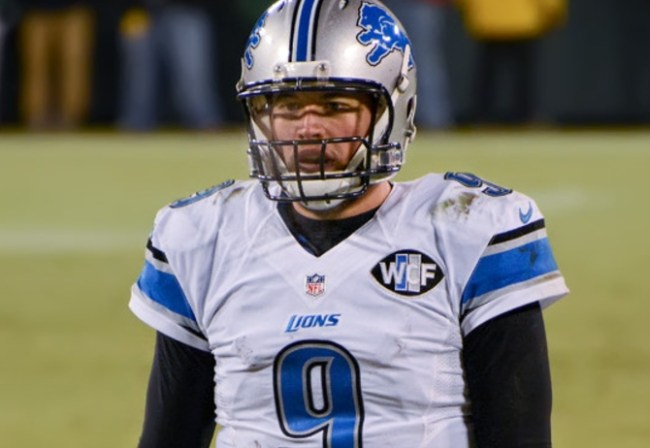 Week 1 was one of the worst weekends of football I ever remember watching. Highlight games like Seahawks/Packers and Giants/Cowboys were brutal and unwatchable. There are plenty of things at fault including: terrible personnel decisions that leave teams with inferior units, coaching decisions that continue to show there are more bad coaches than good ones in this league, quarterbacks who don’t show growth or improvement (reasons could be any or all of coaching, college systems, or work ethics), offensive linemen who continue to perform poorly (for the same reasons the quarterbacks have), and offenses that look out of rhythm because they don’t get enough reps in the preseason. It was so bad. But hey…it’s Week 2! Let’s go! It can only get better from here.

It’s not the best week for quarterback streamers, but chances are that if you own Rivers, you also own a second quarterback that you’re debating starting this week. But if you drafted Rivers, this is the week to play him. Miami’s secondary is the weakest one

Quizz took over for Doug Martin over a three-week stretch last year and performed exceptionally well. We weren’t expecting this kind of performance from him at the time, but should now that Martin is suspended for the first three games of the season. Big home favorites seem to always produce quality running efforts and this should be no different as the Bucs should roll this weekend.

The Seattle offensive line is highly questionable, but Eddie Lacy showed last week that he should he put out to pasture. Rawls returns to the field this weekend and will surpass Lacy as the Seahawks’ early down runner. He’s got a cake matchup as a huge home favorites against a team that made Jonathan Stewart highly productive last week.

People jumped on Hogan in the preseason thinking he’d take over for Julian Edelman in the slot. Instead it was Danny Amendola who took over a majority of those snaps in Week 1 because he had history in the slot. That means people will likely sleeping on Hogan this week, but they shouldn’t because even outside receivers beat up the Saints. If Hogan takes over slot snaps now that Amendola is hurt then that’s even better.

If we like Rivers then we have to like his receivers as well. Williams was going up against great corners last week, but not in this one. Keenan Allen will get most of the secondary’s focus, which should allow Williams to produce as he did last year. This could be a week-winning DFS stack with Rivers as well since most people will pair him with Allen.

Hooper got attention last week for his long stiff-arming touchdown, but that happened on a breakdown in coverage. That doesn’t mean he’s not good. It just means that his totals were a little skewed. This week, however, we have Hooper going against a defense that isn’t great against the tight end and in a game that has one of the highest totals of the week. Hooper should eat against this week.

Stafford scored the second most fantasy points of any quarterback last week, but don’t expect the same in this spot. The Giants defense is one of the best at the league, specifically in the secondary. They’re also not explosive enough offensively for Detroit to be chasing points at the end of the game. The total is only 43.5, but I think there’s a good chance this game goes under. There are better options this week.

We thought Kyle Shanahan would work his magic on the 49ers offense this season but it didn’t show up in Week 1 against Carolina. It doesn’t get much easier for Hyde as he’s a big road dog in a situation where San Francisco will likely be chasing points with their passing game. That should mean Hyde won’t be loaded up with carries or touchdown opportunities.

There was some talk that Blount wouldn’t make it to the regular season on the Eagles roster, but he’s still around. Unfortunately for his fantasy owners, the Eagles don’t seem extremely committed to him this season. He only saw 23 snaps (34% of what’s available) last weekend against Washington in a highly competitive game. It’s really hard to do anything with 23 snaps and that share may go down this week as the Eagles are expected to be chasing.

Bryant struggles with big physical corners and it showed last week against Janoris Jenkins. Bryant just can’t use his physicality as he might against smaller guys and he doesn’t have the elite speed or quickness to get free otherwise. The same is going to happen this week against Aqib Talib, so it’ll be another week until Bryant are successful.

Everyone’s been very excited about Parker during the preseason and the week off due to the hurricane shouldn’t calm people’s expectations. The Chargers corners are some of the best in the league and should neutralize the Dolphins passing game as they did last week to Denver. Demaryius Thomas and Emmanuel Sanders combined for only 93 total yards and no touchdowns last week, so don’t expect Parker to go off.

Some of the best tight ends in the league have rough matchups this week and Olsen is on that list. The Bills were 7th in the league at limiting tight ends last year and should continue to do so this season. Cam Newton also doesn’t look completely right after missing most of the offseason program with a shoulder injury, so it may take a few weeks until the Panthers offense is really running on all cylinders.