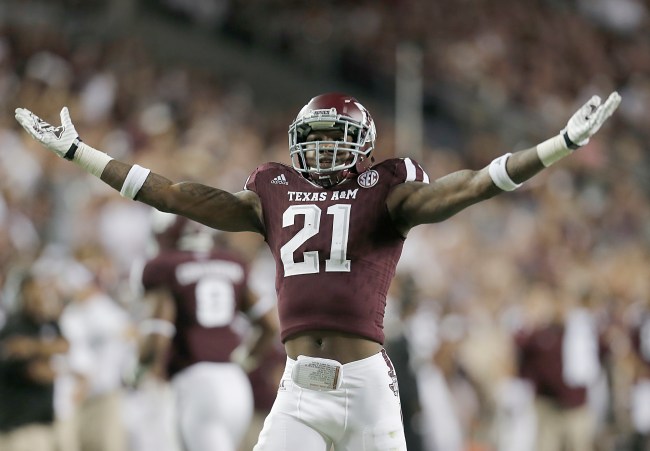 In 2011, The University of Texas Longhorns became the first college football team to eclipse $100 million in revenue. Three years later, the Longhorns pulled in $92 million in profit. Now there’s a new king in the Lonestar State and TAMU is ranked #1 as the most valuable college football team in America after pulling in hundreds of millions of dollars worth of donations in the past few years.

The Longhorns have fallen by the wayside when it comes to competing for the College Football Playoff and National Championships and that has allowed TAMU to pull in a reported $260 million in donations over the past four years which has catapulted them to #1 on Forbes‘ list.

Combined, college football’s 25 most valuable teams are bringing in an astounding $2.5 BILLION in revenue each year and $1.4 billion in profit.

Here’s what the list of the 25 most valuable teams in college football looks like for 2018, dominated by SEC teams, with #25 on the list still bringing $31 million in profit last season.

If it sounded like I was being overly harsh towards the Longhorns above I hope it didn’t come off that way. I genuinely think the College Football landscape is more fun when the Longhorns are competitive and I’ve got nothing against them. I’m just shocked with all that money they can’t seem to compete over the past few years.

SEE HOW 2017 LOOKED: These Are The 25 Most Valuable College Football Programs In America In 2017

As for this year’s list of the 25 most valuable teams in college football, I think it’s blatantly apparent that the SEC is king when it comes to revenue. They’ve got 5 teams in the top 10 and 10 in the top 25. That’s a whole lotta cash getting tossed around by boosters.

This is actually the first time in a few years that Forbes put out a list of the most valuable college football programs, something they used to publish annually. They’ve changed their methodology up a little bit this year so if you’re curious and you want to read more just click that link and you can read the article in full.