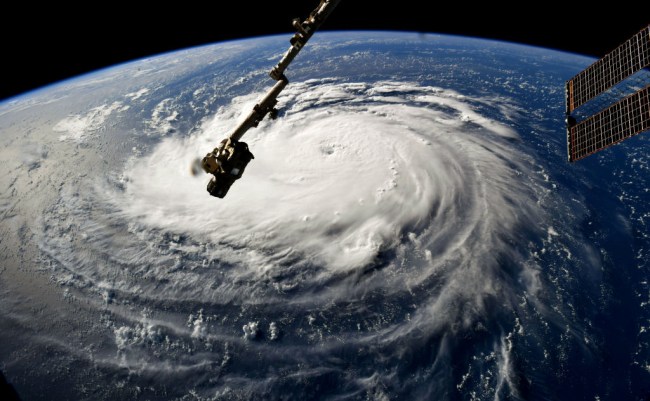 Hurricane Florence is currently barrelling toward the East Coast of the United States, and based on current projections, the massive storm is on pace to hit the Carolinas on Friday morning.

#hurricaneFlorence: zoom into current projected path. The "blue cone" is the possible error in the forecast currently. In other words, the hurricane's destructive eye may cross the coast wherever the blue cone covers it…100s of miles of coastline at risk. Tomasz S pic.twitter.com/5bzSRYuGxO

At the time of this writing, Florence is classified as a Category 4 hurricane but there is a very good chance it increases in intensity as it gets closer to land and authorities are wisely urging millions of people in its path— especially along the shoreline— to evacuate to safer ground.

If you happen to be one of those people but are thinking about trying to stick things out, I would urge you to stop being an idiot and do whatever you can to get to a place where you can safely ride out a hurricane that could be the worst storm to hit the country since Hurricane Andrew in 1992.

If that giant dude from The Italian Job is scared of Mother Nature then you definitely should be too.

We’re still a couple of days away from landfall but Florence has already started to have an impact on a number of events in the region— including some college football games slated to be played this week.

In a situation as serious as this, sports should obviously be the last priority, and a number of games have already been canceled or had kickoff times rescheduled to accommodate the storm.

Here’s a list of the matchups that have been impacted so far. 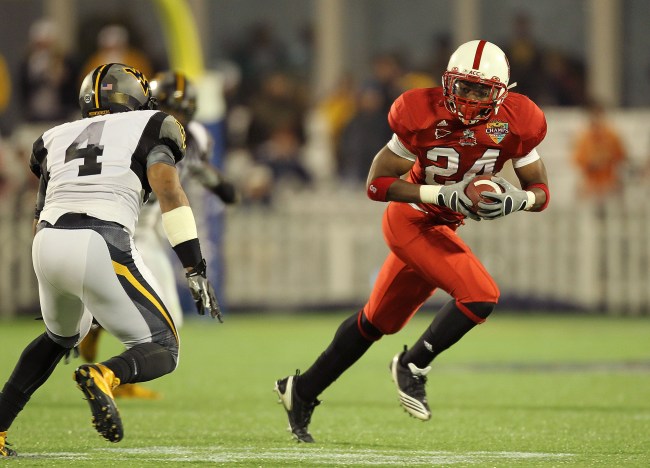 Raleigh might not take the brunt of the storm but NC State isn’t taking any chances and announced it will be canceling classes starting on Wednesday night along with the game that was supposed to be played at 3:30 on Saturday.

As of right now, the game hasn’t been rescheduled and neither team shares a bye week so it’s currently unclear if they’ll be facing off against each other this year. 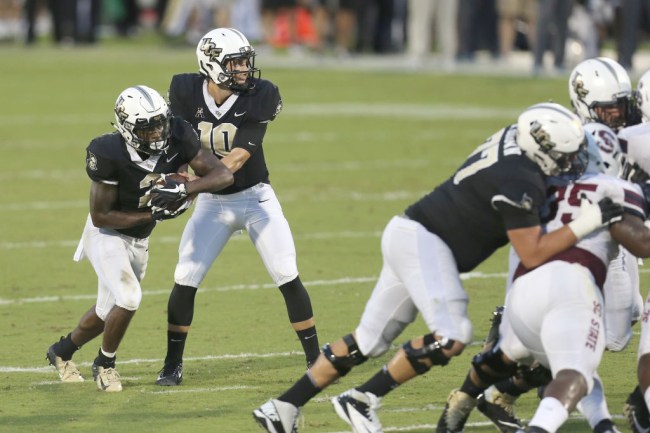 Last year’s real national champions were supposed to play the Tarheels in Chapel Hill at noon on Saturday but the matchup is no more as UNC called it off after shutting down campus to allow students to evacuate.

UCF says the two teams are looking into rescheduling.

Due to Hurricane Florence, our game at UNC this weekend has been canceled.

UNC and UCF will continue to discuss the feasibility of playing the game at a later date this season. #ChargeOn pic.twitter.com/8DfCNUw8Ne

However, they also don’t have a shared bye week, which could make things fairly difficult for a Knights team that needs every win they can get. 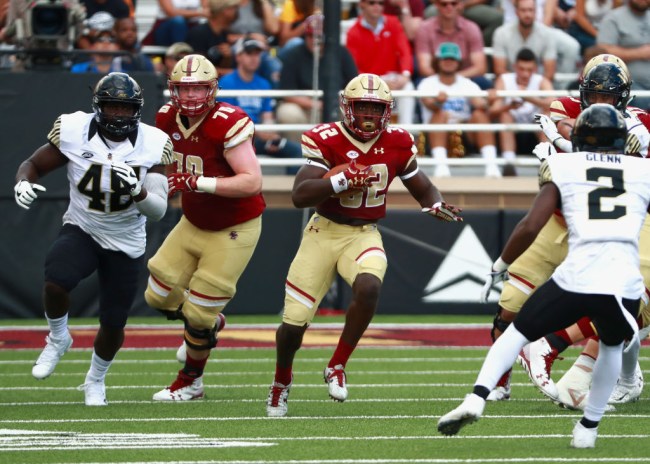 The Eagles and the Demon Deacons are slated to face off on Thursday in an ACC matchup in Winston-Salem, which is 200 miles inland.

The game was originally scheduled for 7:30 but kickoff has been pushed up two hours and it will now air at 5:30 on ESPN.

Those three games are the only major showdowns to be impacted so far (although Virginia Tech’s game against ECU on Saturday could see a change as well [UPDATE: This game has also been canceled]) but some less notable matchups have also been impacted, including:

It’s currently unclear if any of those canceled games will be played at some point.

We’ll update this post if any major changes occur over the next few days.