Check Out Some Of The Craziest Stats, Facts And Trivia About The Winter Olympics In PyeongChang 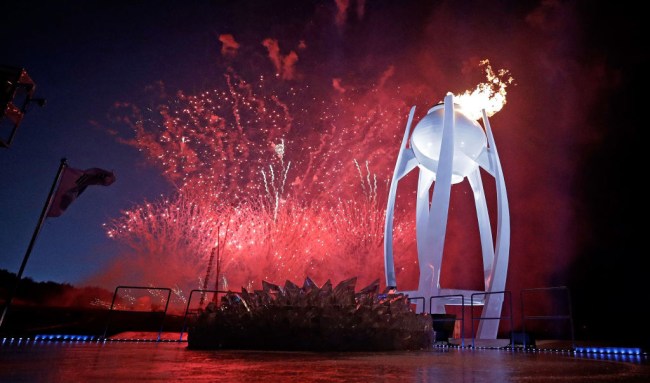 The 2018 Winter Olympics in PyeongChang, South Korea might look like fun and games on television, but there are billions of dollars being spent and hundreds of athletes putting it all on the line for a once-in-a-lifetime chance at glory. That’s especially true for many members of Team USA after America finished fourth in the gold-medal count in 2014.

Throw in the doping scandal surrounding Russia, security once again being a major concern, especially considering the host’s hostile northern neighbor and there is plenty to discuss over the record 2,400+ hours of coverage NBCUniversal is giving the 2018 Winter Olympics.

To help you, the fan, enjoy the 2018 Winter Games in PyeongChang even more, WalletHub put together a world-class collection of Winter Olympics facts.

Some of the interesting facts, statistics and trivia they uncovered include…

— $19.6 Million: Was spent on cybersecurity and X-ray screening for the PyeongChang Games.

— $4,683: Average price of a week-long trip to PyeongChang for the Olympics.

— 169: Russian athletes received a special exemption to compete after Russia was banned from the 2018 Olympics due to a doping scandal.

— 90 Years: The length of Coca Cola’s sponsorship of the Olympic Games.

— 586 Grams: The record-setting weight of a golf medal at the PyeongChang Winter Olympics.

— $1.2 Million: How much money will be spent on cybersecurity for the Olympics.

— 332: The number of Winter Olympics medals won by Norway, the most of any country.

— 284: The number of Winter Olympics medals won by the United States.

Check out the rest of the wild data they compiled about the 2018 Winter Olympics in PyeongChang, South Korea below.

To learn more about the Winter Olympics, from the games we see on TV to the business behind the scenes, WalletHub posed some interesting questions to a panel of experts on advertising, sports business and politics. Check out their responses here.