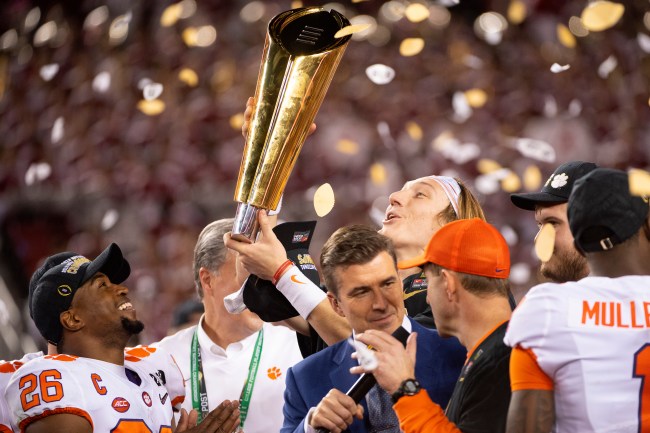 The 2020 college football season is underway. No, a team from a Power 5 conference hasn’t taken the field yet, but there have been a handful of games played involving FBS teams so football has officially arrived, folks.

This upcoming Saturday we’ll see a full slate of games involving both the ACC and Big 12 while the SEC will get things going two weeks later on Sept. 26. It’s certainly an extremely unique situation with only three of the five Power 5 conferences playing football this fall, at least for the time being, so predictions for the season are particularly interesting. While one conference could easily see two teams make the College Football Playoff, maybe this is the year we see a non-Power 5 team sneak into the Playoff.

ESPN’s Playoff Predictor takes into consideration the same factors the CFP committee does and with some games already being played and the schedule really set to ramp up this weekend there’s no better time than now to check-in on the model’s predictions.

Oh, and if you need any other evidence that this college football season is going to be all kinds of weird, BYU jumped 57 spots in the rankings after beating Navy on Monday night and now the Cougars find themselves in the Top 10.

When it comes to actually winning the national title this season, the usual suspects of Clemson (41.3%) and Alabama (29.8%) have the best chance heading into their seasons.

With UCF sitting in the No. 6 spot you have to imagine they’re already printing shirts in Orlando that say ‘National Champs.’