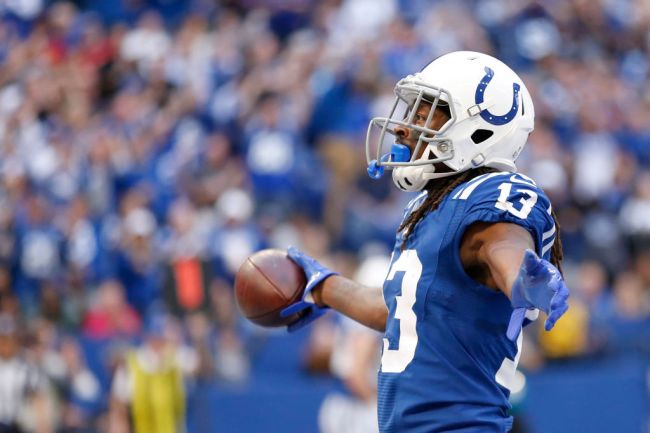 Here we are, all the time you spent preparing for your fantasy football draft, sweating the waiver wire, bad beats, and blow-ups, we’ve reached the playoffs. This is where the real anxiety begins because if you lose, there is no next week, there is just heartbreak and counting down the days till next year.

This week, because the stakes are so high, there are some fantasy stars that I’ve suggested you should sit because if I’m not real with you then who will be? It certainly wasn’t your parents that made you believe a fat man came to your house and gave you presents so you’d be good all year.

See what stars you should sit and players that will help you win a fantasy football championship in this week’s starts and sits in.

Brady and the Bucs had some time to regroup and they’ll be ready to make a playoff push. Brady gets a prime matchup against the Vikings who are allowing the fourth-most passing touchdowns and sixth-most passing yards this year. I love Brady in a game where he has two weeks to prepare.

I like the upside for Carr this weekend. It’s a tough matchup, but the Raiders won’t have Josh Jacobs, and Devonte Booker was a bust, so I believe they’ll go pass-heavy. We also saw how bad the Las Vegas defense is; they gave up 28 points to the Jets, pretty sure 11 of me right now, belly full of clam chowder and egg nog could do better, so I think the game script will remain positive for Carr.

Tua put up a big stat line against the Bengals last week, but there’s a reason they picked first in this past year’s draft and this week’s opponent picked last. The Chiefs have the second-most interceptions this season, fourth-fewest air yards allowed, and the fifth-lowest opposing quarterback rating.

I went heavy on Mayfield in DFS last week and it was a big reason I could afford the extra guac on my burrito bowl this week. This week I’ll be avoiding him, and getting just one scoop of guac. He’s been great the last two weeks with over 18 fantasy points in each game, but he scored under eight points in four of the previous five. He struggled in Week 1 against Baltimore and they’ll be playing tough as they remain in the playoff hunt.

It’s the fantasy playoffs, do or die, and I’m going bold like wearing all white to a spaghetti dinner. Murray’s shoulder injury might be a little more serious than we’re being told; he’s thrown under 180 yards the last two games. Lately, the Giants are a defense you don’t want to see. They’re allowing an average of just 9.4 fantasy points over the last four games, second-fewest, and just shut down a talented Seahawks offense.

I tweeted out a couple of weeks ago that Monty will be a top-ten running back from Week 12 till the end of the fantasy season, the last two weeks he’s RB1. Continue to ride him against Houston who is allowing the second-most points to running backs this season.

After missing time with an injury, Gaskins was thrust right back into the workhorse role with 23 touches last week. The Chiefs are not as strong against the run and if Miami is trailing, Gaskins can be used in the passing game.

Refer back to my post about Frank Gore last week and just swap in Peterson. The 145-year-old Peterson is still getting it done and has found the end zone twice in back-to-back games. I still like him against Green Bay even if D’Andre Swift returns as he’s been Detroit’s go-to goal-line runner.

David Johnson luckily found the end zone last week, or else it would have been a bust. He faced the Colts last week who allow an average of one-rushing touchdown-per-game, the Bears are allowing under one per-game.

Booker was a flop filling in for Josh Jacobs last week against the Jets. This week he gets a tougher opponent in the Colts. The Raiders have been more successful when Derek Carr is throwing the ball and Las Vegas won’t break away in this game to where they can run out the clock.

Sanders has really struggled as of late averaging just 33.7 yards over the last three games. We’ve seen how good this Saints defense has been against the run. I’d try to find a better option if you’re in a must-win week.

Patrick has been the only reliable receiving option in the Broncos. It’s like when a fast-food restaurant comes out with a new item and you think “Hmm, I should try that,” then you’re at the drive-thru and order a double baconator with a large frosty while you promise to start your diet on Monday. Patrick’s high-floor keeps him in as a strong WR2.

It makes me feel warm and cozy to say start Hilton, writing this wrapped in my weight blanket just enhances it. Hilton spent many years in the set it and forget category, but the last couple of years he seemed to have run out of Luck. He’s come alive the last couple of weeks with back-to-back 18+ PPR points and has a great matchup against Las Vegas.

Robby cooled off a little after starting the season as a top fantasy wide receiver, in fact, his touchdown in Week 12 was his first since Week 1. With DJ Moore and Curtis Samuel out due to COVID-19, expect Teddy Bridgewater to be looking to Anderson a lot.

In what was a great matchup last week, Chark was a bust, in fact, he’s struggled to reach double-digits in his last three games. He and Mike Glennon seem to lack connection and even in a positive matchup against Tennessee, I can’t trust him as more than a flex-start.

The matchup looks great, but Jones should be seeing a lot of Jaire Alexander, that’s like getting to Olive Garden and they tell you they’re out of breadsticks. The last time Detroit played Green Bay, Jones had just three catches for 19 yards when be covered by Alexander.

Do you know the Wolverine meme of him laying in bed looking at a picture? That is exactly what Parker does every night, except with a picture of Ryan Fitzpatrick, but who wouldn’t with that beard and chest hair combo? Tua and Parker have not been on the same page at all this year; he’s averaging under 10 points-per-game with Tua and over 15 points with Fitzmagic. This is also a tough matchup against the Chiefs who are allowing the fourth-fewest points to wide receivers.

Ebron is having a productive first season in Pittsburgh and has double-digit PPR games in six of his last seven games. This a great spot against the Bills who are allowing the most receptions and second-most receiving yards to tight ends this year.

The former WWE 24/7 Champion has etched himself into a good football player. Weeks 1-5 Gronk was TE30, since then he’s TE5. I’m confident he’ll keep it going coming out of the bye week.

If Jonnu Smith misses this week then I like Firkser as a streaming option. He’s done well in the starting role this year and faces the Jaguars who are allowing the second-most touchdowns to tight ends this year.

For where you probably drafted him, Ertz has been a big bust this season. He played just 27 snaps last week, maybe Doug Pederson didn’t want to give him a full load in the first game back, but Dallas Goedert has been the Eagles best receiver lately and with Jalen Hurts making his first start, it’s tough to trust him.

Besides a small stretch from Weeks 4-6, Hooper has failed to reach double-digits in PPR and more than three catches. He’s a sit against Baltimore where he had a 2/15/0 stat line in their Week 1 matchup.

Cook found the end zone for the first time since Week 8 last week, but Taysom Hill has not made it a priority to get him the ball. Cook has one other game with five targets or more since Week 3. The volume just isn’t there to have him in your lineup.