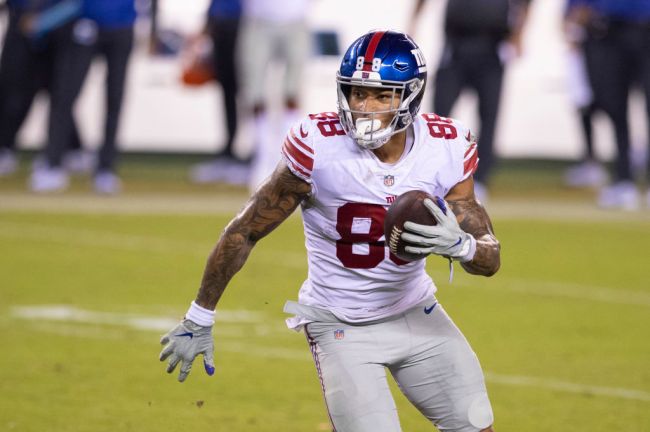 It’s fantasy football championship week, oh, and Christmas. I know for me the next few days will be a steady stream of eating, drinking, and re-watching every Christmas movie I’ve watched the previous seven weeks, but after all that, it’ll be all football. We have four days of games which includes a Christmas Day early evening game to enjoy. It’s time to make the decisions that could end this miserable year on a positive note with some trophies and some money. Let’s see who to start and sit in Week 16.

Hurts has been one of the most dynamic quarterbacks to watch over the last couple of weeks and looks to be the Eagles’ future after this season. I like him against an awful Dallas defense that has allowed the most passing touchdowns this season.

Baker is fresh out of the oven hot as he’s the third-best quarterback in Weeks 12-15. He gets a prime matchup against the Jets who have allowed the second-most points to quarterbacks this season and the most over the last four games.

Tua did something more impossible than not getting your tongue stuck to a pole, he beat Bill Belichick as a rookie quarterback last week. I’d be just as confident in putting him in my lineup this week against the Raiders, who have allowed three consecutive quarterbacks to score over 21 fantasy points.

He lost to the Jets, last time I checked, he’s the only quarterback to do that this year, well deserving of just clothes for Christmas. The Seattle matchup looks good on paper, but Goff scored just 10 points in his home matchup against them earlier this year and has just two touchdowns and three interceptions in his two previous games at Seattle.

The Steelers are struggling, especially Big Ben, as he’s thrown for 287 yards and three interceptions in the last two games in what were positive matchups against the Bills and Bengals. He gets a much tougher matchup against the Colts this week who are allowing the fifth-fewest points to quarterbacks. It’s tough to trust a struggling quarterback when the stakes are so high.

Monty owners, it was a struggle. I’m sure you had some tough moments, screamed at your lineup, maybe threw your phone against a wall, debated whether or not to give up on him, but to the ones who didn’t, congratulations. Let this guy ride you to a championship win.

Fournette took the lead back duties for Tampa Bay last week and scored over 18 fantasy points. If Ronald Jones misses this week, he could very well have another great week against the Lions who have allowed the most points to running backs this year.

Pollard had a breakout game as the lead back with 132 scrimmage yards and three total touchdowns. He looked better than Ezekiel Elliott has all year who’s dealing with a calf injury. He has the potential to have another great game this week if he keeps getting the ball.

Trying to convince yourself that Mike Davis is just as good as Christian McCaffery is like trying to convince yourself that RC Cola is just as good as Coke. Davis put up a dud in what should have been a good matchup last week against the Packers. This week he faces a tough Washington defense that has allowed the third-fewest points to running backs over the last four weeks.

Unlike Turbo Man, we can’t count on Gallman. We’ve seen his production decline and now he’s starting to share the backfield with Alfred Morris and Dion Lewis, and a RBC situation is the Booster of fantasy lineups. I’d keep him on your bench in an important week.

Hunt has been such a value pick from where you probably got him in the draft. All year he has etched himself a role as the pass-catching back for the Browns. Excluding the game against Baltimore, he has under 10 PPR fantasy points in his previous four games. Cleveland has been winning its games with Mayfield throwing more and leaning on Nick Chubb, I expect that to continue against the Jets who have actually been good against the run this season.

Aiyuk has saved your fantasy season like when Tim Allen saves the Christmas Party in ‘The Santa Clause 2 ‘when he makes all those old toys magically appear, even though he only did it to get with his son’s principal. Aiyuk has at least 20 PPR points in three straight games, I’m not promising those numbers, but he’ll still have a great day come Saturday.

Jones has done well lately with over 20 fantasy points in two of his last three games. He gets a good matchup against the Buccaneers who have allowed the most receiving yards and fantasy points to wide receivers over the last four weeks.

Higgins has been a great security blanket for Mayfield as he’s averaging eight targets over the last three games. He’s a great flex option against this Jets secondary.

Brown has become fantasy relevant just in time for the playoffs. Unfortunately, I don’t think he’ll match his production in recent weeks facing the Giants where he’ll be shadowed by a returning James Bradberry.

Agholor has become the number one receiver in Vegas we didn’t expect. He has at least eight targets in his last five games, but I can’t trust him after watching Marcus Mariotta last week, especially facing a tough Miami secondary.

Hilton’s resurgence has been a great story with over 18 PPR points in three of his last four games, all of those games being played in warm weather or domes. This is a tough road matchup in the cold of Pittsburgh as the Steelers have allowed the fifth-fewest fantasy points to receivers over their last four games.

Goedert has been targeted at least six times in his last six games. I think it’s only right he continues to get the ball and he’ll hit paydirt like Ralphie hit Scott Farkus.

Tonyan was a Pro-Bowl snub as his 10 receiving touchdowns are tied with Travis Kelce for the most this season amongst tight ends. I feel like he’s going to go out and show he should have been selected to the Pro Bowl game that’s not being played, which you probably wouldn’t have known that because you weren’t watching it anyway.

Hooper had his best fantasy performance of the year last week against the Giants, but there’s a good chance he tops that this week. He goes back to the Meadowlands to face the Jets who have allowed 13 touchdowns to tight ends this season and at least one in five straight games.

Smith had his first 50+ receiving yard game since Week 3 last week against the Lions. Even with limited options at the tight end position, it’s tough to think of him as nothing more than a TE2 streaming option against the Packers, who are allowing the third-fewest points to tight ends this year.

Hurst found the end zone last week, but still only managed four catches and 21 receiving yards, previously to that he had two games with just one catch, and one with zero. The inconsistency makes him too risky to start in your big game.

Did you see the video of Evan Engram being told he made the Pro Bowl? He was as shocked as Ralphie getting his Red Ryder BB gun, but having him in your lineup has made you feel like Ralphie wearing that pink nightmare bunny costume. He could have Daniel Jones back, but he’s hasn’t been fantasy relevant with him.