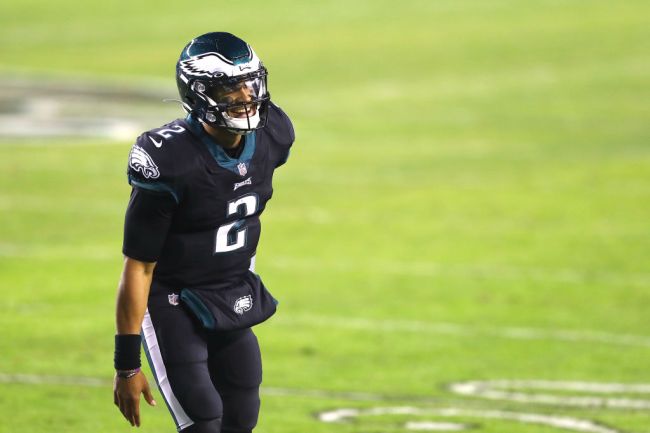 Week 16 in the NFL, for many of us it’s championship week. I take this time to explain to my family during Christmas all my sleeper picks and waiver wire heroes, boring them to where I can enjoy a peaceful holiday watching NBA basketball and falling asleep to ‘A Christmas Story.’

As we approach this important week we, unfortunately, saw some injuries, we have replacement options to help your lineup, but we also listed some other streaming options, especially if you’re struggling at quarterback. Let’s look at some players that may help you win a fantasy football championship in Week 16.

Ezekiel Elliot was a late scratch as he deals with a calf injury. The Cowboys are eliminated from the playoffs so it could mean the end of Zeke’s season. If you’re a Zeke owner or want to bolster your lineup for championship week, Pollard is the No. 1 option.

I never would have thought at the beginning of the year I’d be saying Baker Mayfield could win you a championship. He’s been on fire as the third-best quarterback averaging 24.72 points in Weeks 12-15. He gets a prime matchup this week against the Jets who are allowing the second-most points to quarterbacks this season.

Ahmed became the first Miami running back since 2018 to run for 100 yards. Myles Gaskins could return after missing the last two games with COVID-19. You need to monitor this situation, but Miami faces a very bad Las Vegas run defense this week.

Hurts had another impressive game with 338 passing yards and four total touchdowns a week ago. If you’ve been streaming quarterbacks, Hurts could be an option this week.

Gage has been taking advantage of Julio Jones out of the lineup with a passing touchdown two weeks ago and now getting the traditional receiving touchdown last week. He could be a valuable flex option.

With Keenan Allen and Mike Williams dealing with injuries and on snap counts, Johnson saw a bigger role a week ago. He now has back-to-back games with over 15 PPR points. If Allen and Williams continue to be limited, Johnson has a possible upside.

Not a great performance last week for Trusbisky, but he does have over 20 fantasy points in two of his last four games. He’ll be a viable streaming quarterback against the Jaguars who have allowed the third-most points to quarterbacks this year as the Bears are still playing meaningful games.

With Michael Thomas on injured reserve, this will allow Sanders to be the primary receiver for Drew Brees. Sanders has shown to be valuable without Thomas, averaging double-digit fantasy points when Thomas isn’t in the lineup. I like him as a PPR option for the rest of the way.

Damien Harris missed last week’s game against Miami and Michel served as the lead back. Like Harris, he’s limited as a runner only and is a consideration in deeper leagues facing an average Bills run defense this week.