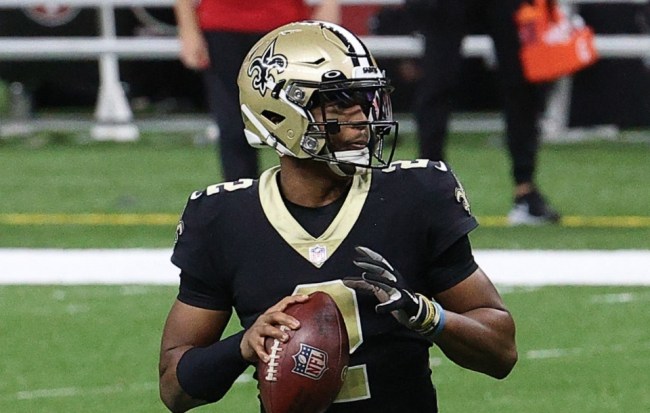 It’s Week 11 in the NFL and again injures are a focal point. What is heavily featured in the waiver wire are backups that have excelled recently when put into the starting role. Here are some players you should look to add this week.

After Marlon Mack went down in Week 1, we saw Hines get a bulk of work and we thought he’d be “The Guy” for the Colts. We spent FAAB or a high-priority waiver wire for him, then….nothing. It wasn’t until Week 8 that he saw the end zone and now he has four touchdowns in three games. Jordan Wilkins will continue to get a bulk of the carries, but Hines’ use in the backfield will makes him a viable pickup.

Gallman now has a rushing touchdown in four-straight games and has as many rushing touchdowns as Ezekiel Elliott, Aaron Jones, and Alvin Kamara. Devonta Freeman went on IR this week, and he’s out-touched Alfred Morris so Gallman is the guy to have in the Giants backfield.

With Matt Brieda dealing with a hamstring injury and Jordan Howard being waived, Ahmed is lead in the Miami backfield. He had a heavy workload with 22 touches with 90 scrimmages yards and a touchdown last week. He should continue to be the lead back until Miles Gaskins returns.

Ballage led the Chargers’ backfield for a second week with 23 touches and 102 scrimmage yards. We saw Austin Eleker tweet out to his fantasy owners this week that we may see him back soon, until we know that for sure, Ballage looks to be back to stream.

I had Reagor in here last week and I’ll bring him back in because he looks to be Carson Wentz’s favorite target. Overall not a good game for Reagor, or the Eagles offense as a whole last week, but the fact Reagor has at least six targets in both games since his return makes him a solid WR2 option.

It looks like Reed will be the best option at tight end in San Fransisco. With how the season is going, they may not force Kittle back, most likely ending his season. Reed is on a bye in Week 11, so don’t add him and think you can put him in right away.

I’ve had Thomas here previously because his target share has been great and he’s due to breakout, and it’s starting to happen. With double-digit PPR points in three of his last four games, he’s at TE7 since Week 6. With a thin pool at tight end, Thomas is someone to take a flyer on.

With Preston Williams on Injured Reserved, Grant has filled the role as the number two option in Miami. I’m not expecting big numbers for Grant with Tua as the quarterback, but he could be an option in deeper leagues if he continues to see opportunities.

It looks like Drew Brees will miss some time as he deals with cracked ribs and a collapsed lung. What makes Winston enticing to stream are his matchups; he plays Atlanta next week which is allowing the second-most fantasy points to quarterbacks and Winston has a career 109.1 QB rating in nine starts, and then Denver, which has allowed the eighth-most points, then Atlanta again.

He led the Bills in targets and receiving yards last week…just saying.