Americans Played A Lot Of Golf In 2020, The Increase In Rounds Is Mindblowing 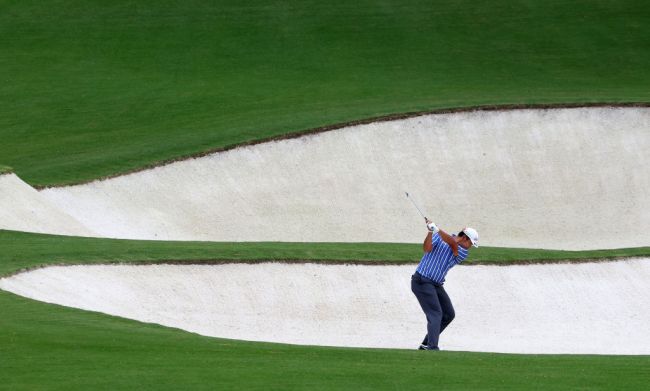 Not only has the game of golf pushed through the pandemic seemingly unscathed, the sport saw a gigantic uptick in 2020. Sure, the PGA Tour had to shut things down for a few months back in March, some courses were closed for an extended period of time in certain parts of the country, but based on the latest numbers out of the National Golf Foundation, the game of golf thrived last year when it comes to people actually getting out and teeing it up.

We took a look at the massive increase in rounds played back in late-August of 2020 and while those statistics showed what was to come, the last few months really put things into perspective.

Despite the fact that the NGF is still waiting on the numbers for December, play was already up 13.1% in 2020 compared to 2019. That’s an insane number given that many public courses on the West Coast and in the Northeast were closed due to the pandemic. Golf rounds in November 2020 were up 57% compared to 2019. FIFTY-SEVEN-PERCENT.

While the November number is eye-opening, it doesn’t compare to the overall yearly number.

“For the year, the net gain is almost 57 million extra rounds over 2019, when 441 million rounds of golf were played at the nation’s more than 16,000 golf courses,” according to the NGF.

With the increase in play, this means that there was also a huge boom in golf equipment sales.

U.S. golf equipment retail sales topped $1 billion in total for the months of July, August, and September, which is an all-time Q3 record since tracking began in 1997. You have to go back to 2008 to see a higher-quarter sales number.

“The sales increase was led by strong showings in golf bags, wedges and irons, and is the second highest quarter in the more than three decades of Datatech’s tracking. Only Q2 in 2008 – a period capped by Tiger Woods’ last major victory (his U.S. Open playoff win over Rocco Mediate at Torrey Pines) – was slightly higher, at $1.013 billion.”

While COVID was the primary driving force behind the boom in the golf world – people with access to a golf course clearly got out of the house and played, a lot – weather played a role as well. According to the report, higher national temperatures played a key role in allowing people to play golf during the second half of the year.