The Players, Along With Four Other PGA Tour Events, Has Officially Been Cancelled Due To Coronavirus Threat 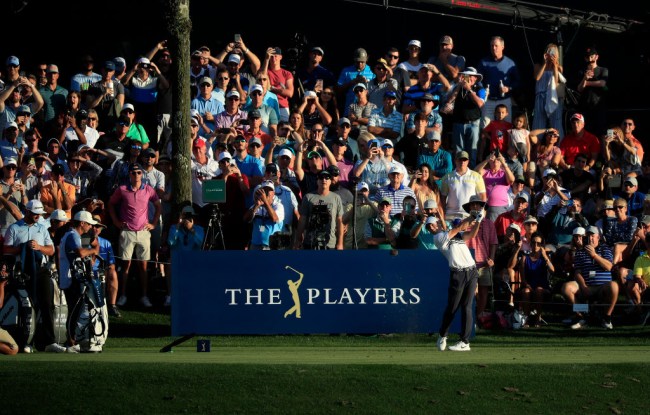 For a moment, golf was the only sport left standing. The NBA and NHL suspended its seasons, the NCAA canceled the NCAA Tournament, universities were shutting down and there was a strict travel ban involving the United States, but The Players went on as scheduled on Thursday with fans in attendance despite the coronavirus threat.

It turns out Thursday’s opening round was a wash however as the tournament was canceled just a couple of hours after the first-round concluded.

BREAKING: Players have just received a text saying the Players Championship has been cancelled.

The Tour also announced that all tournaments leading up to the Masters, scheduled to start on April 9, have been cancelled.

Everything in this situation felt late from the start.

The PGA Tour and commissioner Jay Monahan finally stepped in to make adjustments to the status quo by announcing no fans would be allowed at tournaments starting Friday at The Players and that protocol would be enforced through the Valero Texas Open at the beginning of April.

Fast-forward about 10 hours from the announcement and the Players and four other tournaments have now been cancelled.

Here’s a section from the Tour’s official announcement regarding the cancellations:

We have pledged from the start to be responsible, thoughtful and transparent with our decision process. We did everything possible to create a safe environment for our players in order to continue the event throughout the weekend, and we were endeavoring to give our fans a much-needed respite from the current climate.  But at this point – and as the situation continues to rapidly change – the right thing to do for our players and our fans is to pause.

Thousands of fans entered the gates at TPC Sawgrass on Thursday and they all piled into tight spaces, which is the exact opposite of what everyone is being advised to do right now. With all of the unknowns involving coronavirus and every major sports league in the United States closing shop for the time being, the PGA Tour had to follow suit.

Following his first-round of play, Rory McIlroy spoke candidly about the situation. He stated that if one single player or caddie were to test positive then things would need to be shut down. He also stated that Tour players and everyone involved need to get tested.

Rory emphatically said “we need to shut it down” when asked what should happen if a player or caddie tests positive for coronavirus. He also added that all Tour players and everyone invested need to get tested for things to keep running as they are. pic.twitter.com/3uy77IwBTQ

There is no news as of right now of any Tour players, caddies, staff or fans in attendance testing positive for coronavirus.