Augusta National To Allow ‘Limited Number Of Patrons’ At 2021 Masters 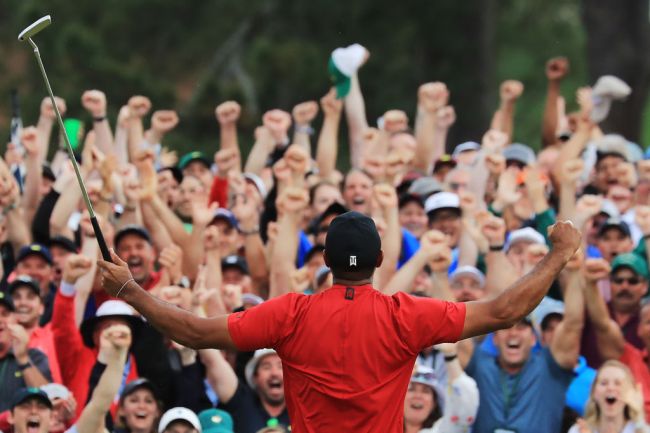 The 2020 Masters simply was not the same without patrons. Sure, Dustin Johnson putting on a clinic and dominating Augusta National in the Fall was fun to watch, but there was no denying that the tournament was missing its roars from the patrons.

While the roars may not be at full blast this April for the 2021 Masters, they will be back in some capacity as Augusta National announced on Tuesday that it plans to “limit attendance” and with health and safety protocols in place, “a limited number of patrons” will be allowed on the course.

The statement did not outline an exact number of patrons that will be allowed through the gates, although an email was sent to current ticket holders about how and when the selection process will take place.

Fred Ridley, Chairman of Augusta National Golf Club, announced today that the Club intends to limit attendance at the 85th Masters Tournament, scheduled for April 5-11, 2021. The Tournament will be conducted with similar health and safety standards to those previously instituted in November 2020. With these protocols in place, efforts are being made to include a limited number of patrons, provided it can be done safely.

“Following the successful conduct of the Masters Tournament last November with only essential personnel, we are confident in our ability to responsibly invite a limited number of patrons to Augusta National in April,” Ridley said. “As with the November Masters, we will implement practices and policies that will protect the health and safety of everyone in attendance. Nothing is, or will be, more important than the well-being of all involved.

Anyone with tickets to the 2021 Masters will have the status of their tickets communicated to them by January 18. Those who have tickets that aren’t selected to attend this year’s Masters will receive a refund and guaranteed the opportunity to receive the same ticket in 2022.

As a ticket holder of record, Augusta National will communicate the status of your tickets by Monday, January 18. Please be advised that those who are selected to attend in 2021 will be mailed new tickets. Ticket holders of record who are not selected for 2021 will receive a refund and guaranteed the opportunity to receive the same tickets again in 2022.

The Club also announced that the Augusta National Women’s Amateur and Drive, Chip, And Putt National Finals will take place as well. Both of those events were canceled in 2020.

This is fantastic news, not only for the sports world and golf fans but it should be taken as a sign that normal times are right around the corner. Some fans are better than no fans.