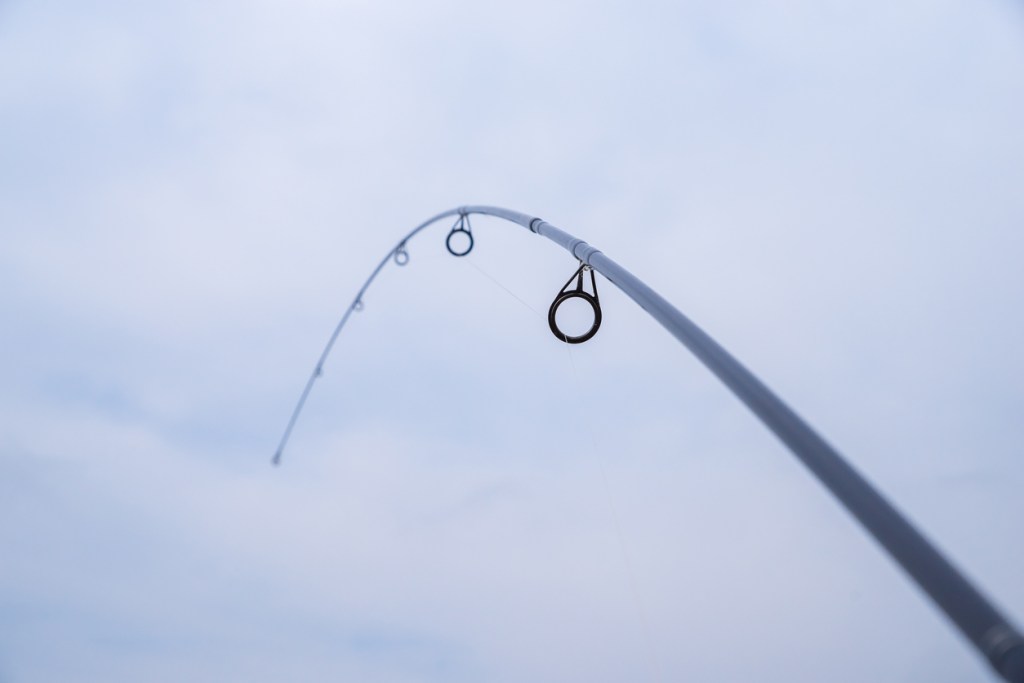 The Fraser River in British Columbia is home to the greatest sturgeon fishing on the planet. There are other rivers outside of North America where an adventurous fisherman could land one of these river monsters but Canada’s Fraser River has consistently produced the biggest of these fish ever caught.

I recently wrote about a 10.5-foot white sturgeon caught on the Fraser River by fishing guide Yves Bisson. If you didn’t see that article here on BroBible you still likely saw that fish as two videos of the catch have been viewed over 86 million times on TikTok.

That 10.5-foot sturgeon was caught by a professional guide fishing from a proper boat. This 8’6″ fish below caught by angler Braeden Rouse is actually more impressive to me because he caught it while kayak fishing. His kayaking partner and girlfriend, Sidney Kozelenko, was there in another kayak to capture the whole fight. As you’ll see, she was paddling hard to keep as Braeden was getting dragged around like a ragdoll by the estimated 350-pound sturgeon.

An absolutely epic battle. It’s incredible that he was able to get that fish to the riverbank for photographs.

Kayak Fishing Can Get Intense!

If you have ever been kayak fishing then you already know how different it is from traditional fishing. And for anyone out there who has never tried their hand at kayak fishing, let me explain a few reasons why it’s so challenging. First and foremost, when you fishing from a boat or land you are grounded. Your legs absorb a lot of the fight against a fish and since you are stationary the fish is pulling against you the entire time.

When you are kayak fishing, the fish is literally pulling you around the entire time. Aside from dragging a parachute or sea anchor behind a kayak, there’s nothing to stop a several hundred-pound sturgeon from dragging a kayak fisherman around like a pool toy.

And that’s precisely what you saw above!

What Was It Like Catching THat 350-Pound Sturgeon From A Kayak?!

Braeden Rouse runs the Facebook and Instagram pages ‘Adventures with Braeden and Sid‘ where those pictures and videos were posted of his epic white sturgeon catch on the Fraser River. David Strege of For The Win was able to contact Braeden to ask him about the kayak fishing catch of a lifetime. Rouse said “We laugh every time we watch it”, referring to the video where he’s getting pulled faster than Sid can paddle.

He also told FTW disaster almost happened multiple times during the fight. He said “there was three times I nearly tipped as the sturgeon aggressively swam away. I had to keep the rod tip at the bow of the boat just to avoid tipping.”

He didn’t tip over and the resulting photographs are stunning:

How Massive Do These Fraser River Monsters Really Get?

Capt. Steve Kaye aka ‘The Sturgeon Hunter‘ caught the fish of a lifetime back in 2016. Truth be told, it took EIGHT fishermen passing the rod around for more than two hours to land that epic fish. But The Sturgeon Hunter is the fishing guide who led them to the largest sturgeon ever caught and he’s the name that people remember.

That herculean fish measured 11’2″ (fork length) and based on those measurements it was estimated to weigh over 750 pounds. They also estimated that the legendary fish was over 100 years old when it was caught!

Check this out, this is a 8 foot, 10 inch sturgeon caught last Summer (July 2021). Look at how big this fish is and then tack on ANOTHER TWO FEET.

And this particular sturgeon measured 10 feet, so tack on another half foot and that’s how big this recent catch was.

What Even Are Sturgeon Because They Look Like Living Fossils?!?

I like to say that ‘sturgeon are living dinosaurs’ for several reasons beyond the fact that they look like living dinos. Worldwide there are 27 species of fish referred to as sturgeon, with the largest ever caught (back in 1827) weighing absolutely insane 3,463-pounds.

That fish measured 24-feet in length and was caught in the Volga Delta, the largest river delta in Europe which is located where Russia’s Volga River dumps into the Caspian Sea.

The Fraser River is a 100% catch-and-release fishery for the white sturgeon species in order to keep the fishery healthy. So don’t get any ideas about keeping a fish but you can always take measurements and photographs and have a lifesize replica mount built.