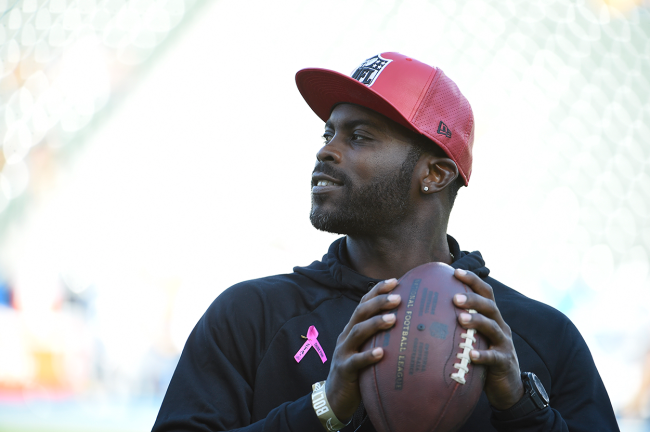 Michael Vick has not played a snap of professional football since officially retiring from the NFL in 2017. Despite being seven years removed from his last season on a roster, it looks like the 41-year-old could still step right into an offense and win a game or two.

In a video from over the weekend, the former Falcon, Eagle, Jet and Steeler showed off his arm. After being question by NFL Network’s as to whether he still “has it,” Vick proceeded to step into his motion and chucked a football up the bleachers of an unnamed stadium and out into the parking lot.

It was a behemoth of a throw out of the stadium by Michael Vick. Take a look:

Obviously, it’s not like Vick is 85 years old or anything like that. He is still only 41, which is not particularly old.

Nevertheless, he is in great shape and most people his age would not be able to throw the ball with such velocity and distance. Vick most certainly has still “got it.”

Throughout the course of his career, the former No. 1 overall pick dazzled fans and opposing defenses with his ability to create plays. While Vick would mostly be associated with his ridiculous runs and fancy feet, people forget that he has always had a cannon for an arm.

Back in 2010, he unloaded a BOMB to Desean Jackson that turned into an 88-yard touchdown. Over the course of his career, Vick had 30 plays of 50 yards or more and never shied away from the deep ball.

At 41 years old, it looks like he could still serve as a backup somewhere!