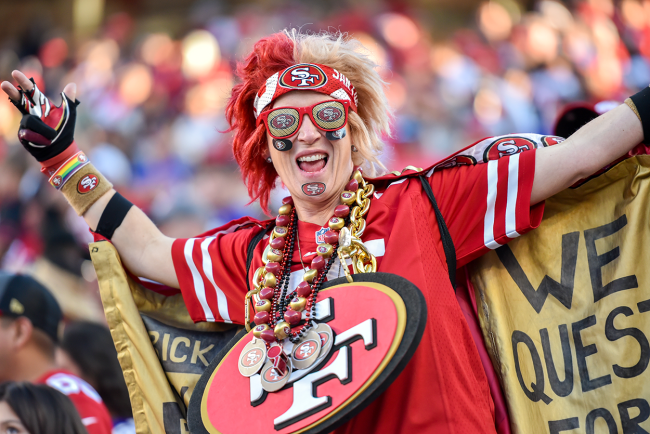 The 49ers and Cowboys do not like one another. Neither do their fans.

That is why Sunday’s performance in Southern California is so impressive.

For the 16th year in a row, Dallas is inexplicably practicing at a terrible field that nearly caused Michael Gallup to break his whole body. The field, which sits vacant or hosts youth sports during the other 10 months of the year, is located in Oxnard, California and makes very little sense as a location for training camp.

Nevertheless, the Cowboys are practicing in Oxnard, which is just over an hour north of Los Angeles. While it is primarily Rams, Raiders, and a little bit of Chargers country, there are a also few 49ers fans who live in the area.

One of them decided to choose violence when he woke up on Sunday. But fortunately for him, things did not get violent.

The San Francisco fan, wearing a George Kittle jersey and Niners hat on his head, showed up in Oxnard at Dallas’ training camp and the reception he received, of course, was not warm. He was met with boos from every single fan in attendance, but he did not seem to care even one bit.

The absolute legend who just wanted to see some football, was not willing to put his fandom on hold. He even went so far as to pop his jersey in response to the boos. Take a look:

The huevos on that guy are not small. He put himself in danger amongst of rabid Dallas fans and they easily could have turned on him. But they didn’t.