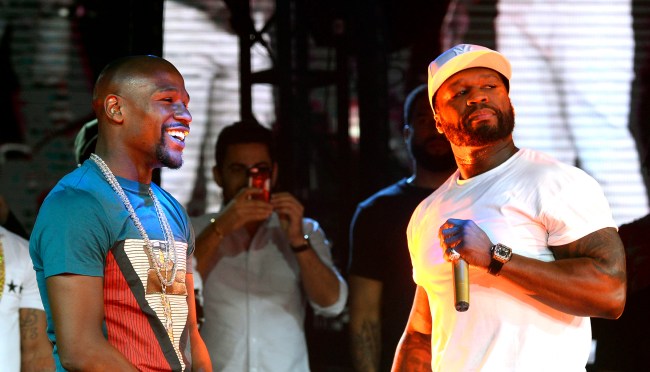 About the only thing 50 Cent loves more than trolling Ja Rule is making fun of his old frenemy Floyd Mayweather.

This week he’s hilariously making fun of the legendary boxer by claiming “Money” got himself a beard transplant.

First of all, is getting a beard transplant an actual thing? Hmmm… turns out that it is. Who knew?

As Fitty almost always does when he clowns someone like Mayweather, he wrote a quick post on his Instagram page and then deleted it. Not sure why he does that, but as he well knows, the internet is forever.

“LMAO he took hair from his a– and put it on his face. LOL WTF is really going on Champ,” 50 Cent wrote along with a photo of Mayweather rocking a new beard.

Not that Mayweather is trying to hide his new look. He recently shared a few photos with his 24 million Instagram followers, obviously proud of his sweet new facial hair. He did however, suspiciously turn off the comments in the first photo.

So is 50 Cent right? Did Mayweather actually get a beard transplant? One person who has done it himself, YouTuber Hairliciously, thinks so.

As do numerous folks on Twitter who, even if Mayweather’s beard is real, certainly enjoyed having a little fun at his expense.