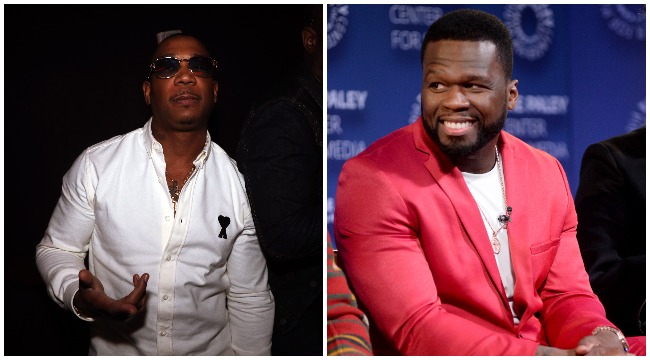 The national length of marriage in the United States is 8.2 years, and Queens rappers 50 Cent and Ja Rule have been married in hatred for nearly three marriages, dating back to 1999 when Ja was robbed at gunpoint by a dude in 50’s crew.

50 detailed the genesis of the fallout in his 2005 autobiography From Pieces to Weight:

“That’s how the beef originally started. My man robbed him for a chain, and then this guy named Brown came and got the chain back for Ja. Later, Ja saw me in a club with the kid who robbed him,” he wrote. “I went over to say, ‘What’s up’ to Ja, and he acted like he had a problem with me. But I’m not the one who robbed him.”

Since then, the pair have taken very publicly hated each other. In 2000, they got into a fight at an Atlanta nightclub where they were both scheduled to perform, and just months later, another brawl broke out between the two of them in a New York City recording studio that left 50 with a stab wound. Ja and his friend were arrested.

50’s Mona Lisa in the feud occurred back in October of 2018, when he purchased 200 front row tickets to a Ja Rule concert so the entire section would be empty.

While it’s probable that Ja earned a pretty penny for a short performance and possibly some sex with the only two women who seemed to be digging it, 50 Cent was lurking in the cut waiting to rip his nemesis for the unglamorous gig.

if you don’t want to end up doing private birthday parties for 15 people. 🤷🏽‍♂️stay out of my way, OK. #bransoncognac #lecheminduroi pic.twitter.com/HkXblUKNMg

There will never be peace,will there?