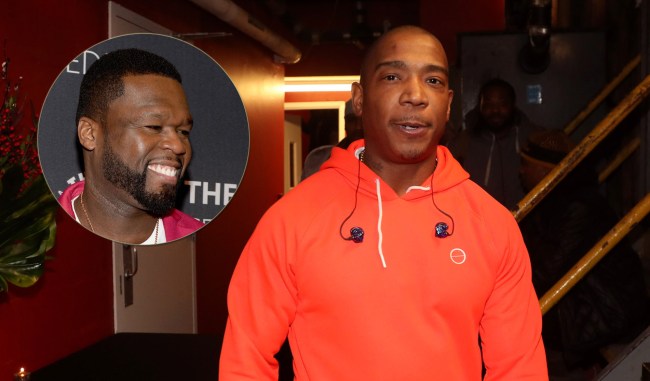 The ongoing beef between rappers 50 Cent and Ja Rule is one of the most entertaining feuds going these days. Mostly because it is incredibly lopsided in favor of Fifty.

The bad blood between the two has been going on since the last century when, according to 50 Cent’s biography From Pieces to Weight: Once Upon a Time in Southside Queens, 50 Cent says one of his friends tried to rob Ja Rule in 1999.

Ja Rule claims the beef began when the Murder Inc. crew snubbed him during a video shoot for his single “Murda 4 Life,” which led 50 to write the diss track “Life’s on the Line.”

Either way, regardless of how it got started, we’re going on over 20 years now and the feud, mostly thanks to 50 Cent, is showing no signs of ever letting up.

On Sunday, 50 Cent once again went after Ja Rule, this time for posting on Instagram about how he is now selling “COVID safe personal performances,” i.e. Ja Rule will perform in your house.

Naturally, 50 Cent couldn’t pass up a chance to get a dig in at Ja Rule, re-posting the video with the caption, “If you don’t want to end up doing private birthday parties for 15 people. stay out of my way, OK.”

However, Fiddy saved his best blast for later in the day, posting a video of Ja Rule hawking a local gyro restaurant in a commercial.

“👀 this is what happens when you f**k with me, i’ll have you and your whole label selling Gyro’s 😐 go ahead try me!” 50 Cent wrote, in his since deleted post.

Oh my. Wow. Talk about setting it up on a tee. No wonder 50 Cent couldn’t pass that up. That was just too easy.