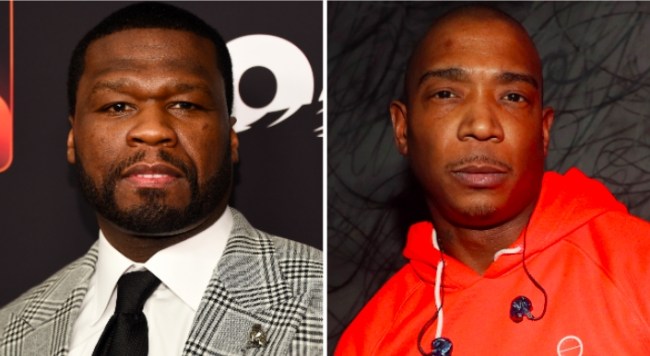 Never underestimate the depths of pettiness 50 Cent will plunge to to smear the names of his enemies.

Curtis Jackson couldn’t give two Fyre Festival tickets that Ja Rule is having a horrible year, the rapper won’t loosen the grip of his 20-year PR assault on his fellow New York rapper. We are just a couple months removed from 50 Cent buying 200 tickets to one of Ja Rule’s concerts in Texas, only to leave the seats empty. 50 Cent claimed to have taken advantage of a Groupon offer that reduced ticket prices to $15 each, which means he spent $3,000 on the prank against his nemesis.

On Saturday night, Ja Rule suffered another embarrassing blow when he was booked to perform at halftime of the Milwaukee Bucks/Minnesota Timberwolves game in conjunction with the Bucks’ 90’s night promotion. Not only did Giannis Antetokounmpo disrespect Ja by getting up shots during his performance,  but the crowd was utterly silent after Mr. Rule attempted to hype them up.

50 Cent shared a clip of the cringeworthy performance and took credit for the disaster. He captioned:

👀why they do that to him😟oh yeah, I told them to do that. 😆LMAO Emanuel Gonzalez would say shoot him on sight.

Emanuel Gonzalez, who 50 referred to in the caption, is a Brooklyn precinct commander who is being investigated for telling his officers at a roll call to “shoot him on sight,” “him” being 50 Cent.