Floyd Mayweather, Who 50 Cent Says Is Broke, Thinks He Should Have Been Named Athlete Of The Decade, Not LeBron 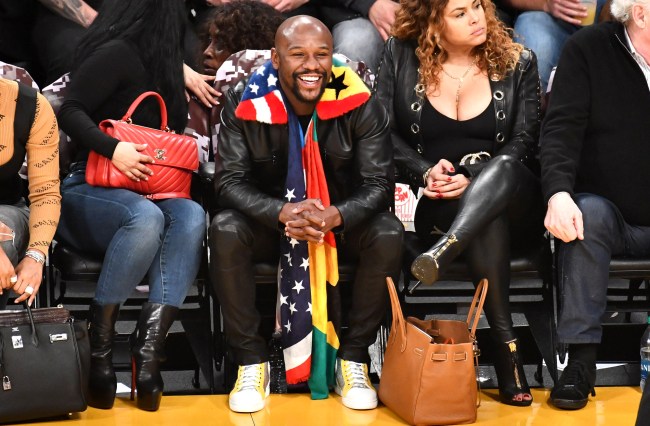 In December, at the end of the decade, the Associated Press named LeBron James their Male Athlete of the Decade after the NBA stuperstar played in eight straight NBA Finals, won more games and more MVP awards than any other player in the league.

Not good enough, according to one of the best boxers of all time, Floyd Mayweather.

This weekend, during an appearance on Drink Champs, Mayweather said he should have received the Athlete of the Decade honor, not LeBron.

“You gotta realize this,” Mayweather told the show’s hosts. “I don’t take nothing away from nobody. Like, I love LeBron James, but when we talking about Athlete of the Decade, that’s me. That’s me. Hands down.”

He continued, “Because how can I dominate, I dominated from, and I’m still active basically, so we’re talking about from 1996 to 2020, you know what I’m saying? And I’ve never received Athlete of the Decade, at the top in Forbes and I’m my own boss.”

Why is that? Floyd tells us, “No Gatorade behind me, no Sprite behind me, no Nike behind me. You know what I’m saying? You got to realize, these are billion dollar companies. And we like to call it ‘placement.’ So if they paying, you get what you want if you paying enough. But if we going off just honestly, I’m the Athlete of the Decade. Of the last two decades actually.”

That is pretty damn good.

Meanwhile, Mayweather’s arch-nemesis 50 Cent appeared on Hot 97’s Ebro in the Morning show on Friday and responded to what Mayweather had to say about their relationship during his appearance on Drink Champs earlier in the week.

“We are good,” said 50 Cent. “I just don’t understand why he keep having the conversation? How am I coming up in conversations? I don’t even care what they doing. It only happens when it’s fight time. When it’s time to build some type of energy or some sort of press. When it’s time to make a fight, then that happens.”

Fitty was then asked about the possibility of Mayweather once again coming out of retirement to box.

“I think he got to right now because the money gone. It’s fight, get the money, spend the money, fight,” he replied. “It’s been two years. With that lifestyle, the money’s gone, trust me. Now he’s like, call him he’ll be at your local hosting in a nightclub because he needs that action right now.”