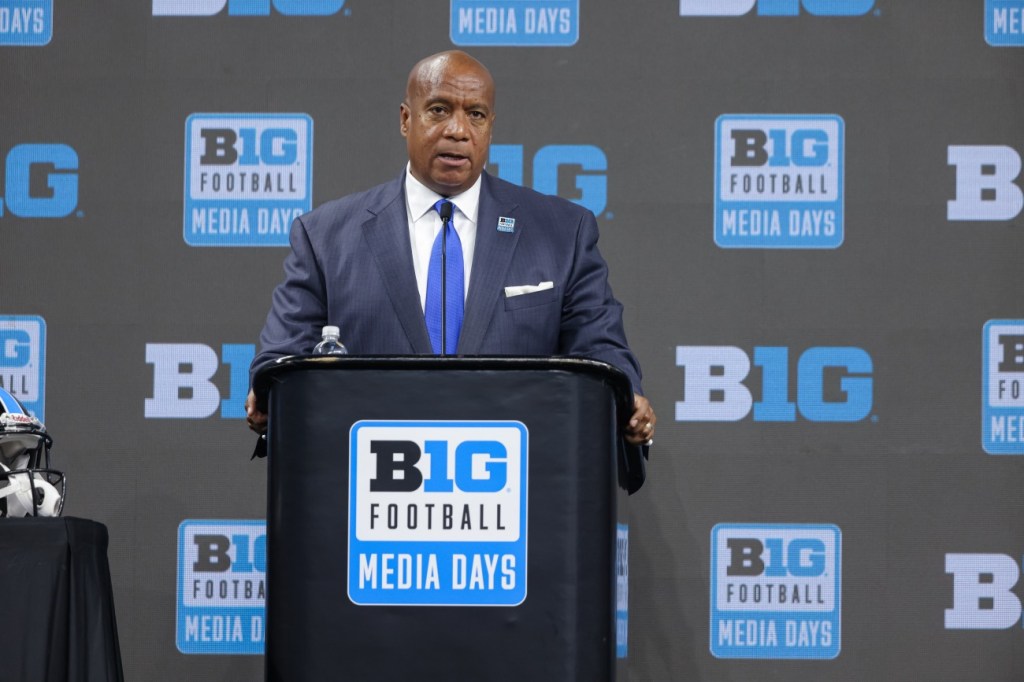 It is all but certain the College Football landscape will be unrecognizable five years from now compared to today. Conference realignment is accelerating so fast it’s hard for some CFB fans to keep up. And some of the biggest names in College Football are already preparing to make huge moves in the upcoming seasons.

The SEC is only getting stronger with the additions of Texas and Oklahoma but the Big Ten isn’t going to get left behind and it created shockwaves by adding USC and UCLA. There has also been rumors of the Big Ten aggressively pursuing Notre Dame, a team with one of the most lucrative TV contracts in the nation.

Now Brett McMurphy of the Action Network has added six more schools to the list of potential candidates being considered by the Big Ten. This came after comments from Big Ten commissioner Kevin Warren at B1G Media Day when discussing future expansion.

List Of 7 Schools Reportedly Being Considered By Big Ten

As a Florida State grad, I have to say I’d much prefer a move to the SEC over the Big Ten. Surely there would be East/West divisions but having to travel from Tallahassee to Washington and Oregon for games would be grueling compared to a trip of a few hundred miles for most SEC road games.

Florida State's not an AAU school. So that's out.

This point seems obvious. USC and UCLA will need more Big Ten teams nearby to limit travel distance. The same could be said about FSU and Miami joining. Their nearest existing Big Ten opponent would be Maryland.

At this point, I’d be surprised if Florida State and Miami don’t wind up in the SEC alongside Clemson. I’m not sure about UNC though…

I’ve seen these numbers cited a few times in recent days. Interestingly, they would quickly change after realignment.

It’s not the greatest measure, but the SI’s CFB most desirable list pretty much mirrors this. Except Cal.

At Tuesday’s Big Ten Media Day, commissioner Kevin Warren had this to say about future expansion:

“When I say add value: value is important, but I just look at the fit. A fit has to be there academically, has to be there athletically. All those things are really important. There are a handful of schools that potentially could add value to us, but I’m so focused right now that we welcome USC and UCLA to our conference in 2024 with open arms.”

Each of the teams on that list would immediately add value to the Big Ten. But it remains to be seen if the B1G is the right fit for those schools or if there’s a better option out there.

It is 3,297.3 miles from Miami to Seattle. That’s a cool 48-hour drive for anyone looking to make a road trip. The flight from Miami to Seattle is over six and a half hours long. It’s only about an hour difference for Tallahassee to Seattle. FSU and Miami would be silly to put themselves in a position where regular travel of that length was required.