Travis Kelce, DeMarco Murray Among Others Joining Forces With A-Rod And J-Lo In Bid To Buy Mets 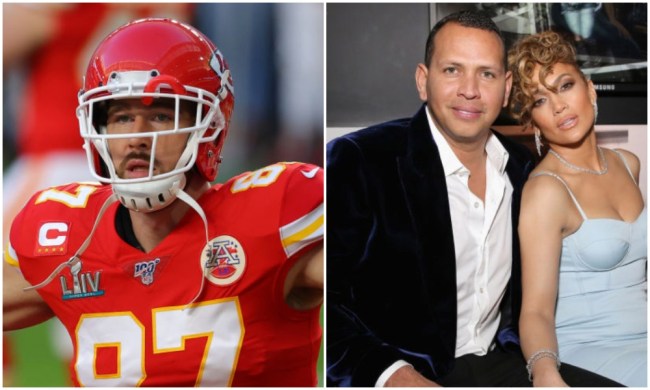 In February, billionaire hedge fund manager Steve Cohen walked away from a $2.6 billion deal for 80 percent of the New York Mets and rumors started to emerge that Alex Rodriguez was interested in sliding in and purchasing the Mets. Fast-forward to April and not only did those rumors turn out to be true, but Jennifer Lopez also entered the mix.

As if A-Rod and J-Lo didn’t have enough money and star power between them, other big-time athletes have reportedly teamed up with them in an effort to buy the team.

According to ESPN, Brian Urlacher, DeMarco Murray, Bradley Beal, Travis Kelce and others have joined the group and they’ve already submitted a bit of $1.7 billion. Rodriguez and Lopez have reportedly put up $300 million of their own money.

The group has already submitted its initial bid of $1.7 billion. Hedge fund billionaire Steve Cohen has made a top bid so far of $2 billion, according to a report by the New York Post. Mets COO Jeff Wilpon would prefer to sell to the Rodriguez-Lopez group if its offer is close to the best bid at the end of the auction, according to the Post.

The group is in standby mode awaiting word from MLB commissioner Rob Manfred regarding the next step in the process.

The Mets would immediately turn into a fun baseball team if this deal does indeed go thru. I mean, they could simultaneously still be an absolute dumpster fire while being the Yankees little brother still, but they’d be fun.