Aaron Hernandez Found To Have Advanced Stage Of CTE 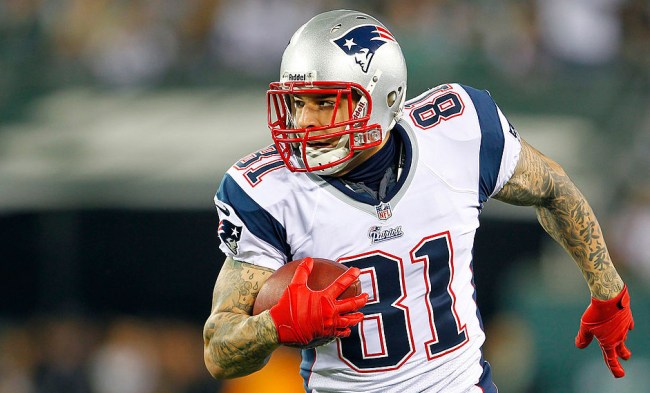 It’s been five months since prison officials found Aaron Hernandez passed away in his cell. His brain was then sent to Boston’s University’s distinguished CTE center, the same center that concluded just last month that CTE–a neurodegenerative disease that can lead to dementia, memory loss and depression–was found in 110 of 111 brains of former NFL players.

Hernandez was no different. Researchers concluded that Hernandez had Stage 3 CTE. The scale runs from one to four. Hall of Fame linebacker Junior Seau, who took his own life in 2012, had “at least Stage 2,” according to Boston University neuropathologist Ann McKee. The most common cause of death among those with Stage 2 CTE was suicide, whereas Stage 3 symptoms are more commonly related to dementia and Parkinson’s disease.

With their Hernandez conclusion, BU released a graphic that shows “brain atrophy and large perforations” in Hernandez’s brain.

And here come the lawsuits.

Hernandez’s attorney Joey Baez announced his firm has filed a federal lawsuit against the NFL and the New England Patriots on behalf of Hernandez’s daughter, Deadspin reports.

Hernandez’s former fiancee, Shayanna Jenkins-Hernandez, is tacking on a lawsuit of her own, claiming that Aaron killed himself as a result of severe CTE he suffered during his NFL career, and the Patriots and the league knew about it and failed to “disclose, treat or protect him from the dangers of such damage.”

In the suit Shayanna says, “Aaron had stage 3 CTE usually seen in players with a median age of death of 67 years.”

The NFL, an entity that has consistently refused to meet the CTE issue head-on (excuse the pun), will soon be suffocated by the countless research that points to the disease being a problem.