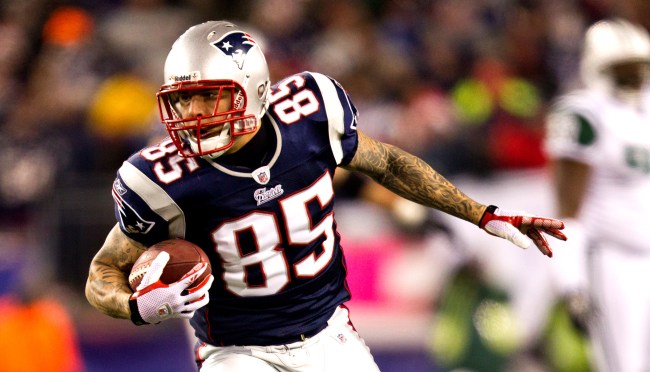 Aaron Hernandez’s brother says he told their mom he was gay during a prison visit shortly before his suicide. Aaron Hernandez’s fiancee Shayanna Jenkins says she was unaware of any homosexual desires he may have had, and also, somehow, believes he was innocent.

Now, the man who claims to have been Hernandez’s secret prison lover and the last person to see the football star alive, Kyle Kennedy, is set to “tell all” in an upcoming special, Sunday, July 5, called, appropriately enough, Aaron Hernandez: Jailhouse Lover Tells All, on Reelz.

“That was my right-hand man. We used to do everything together,” Kennedy says about Aaron Hernandez in the special. “To this day, I tell people he’s the most loyalist person I’ve ever met.” 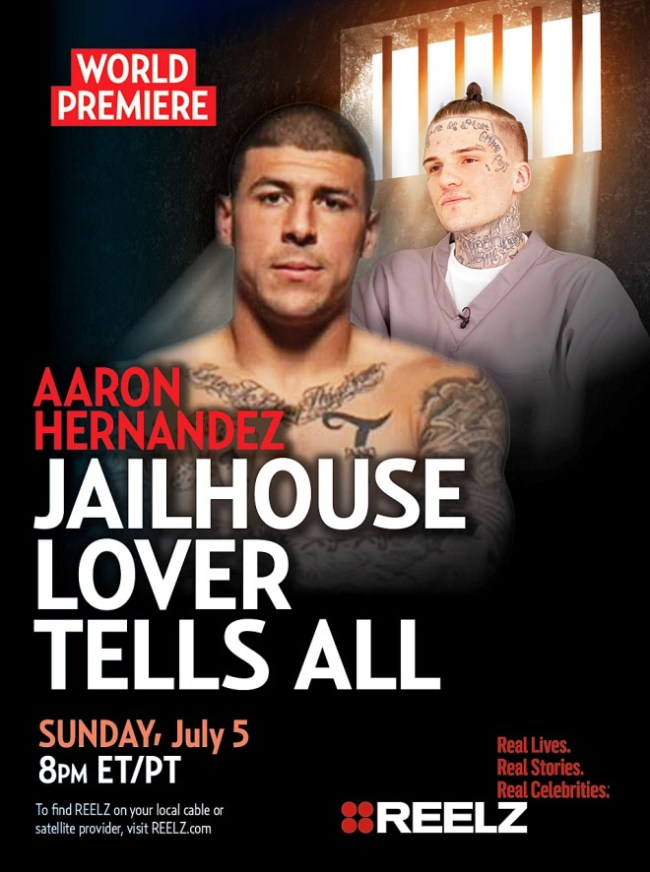 Aaron Hernandez was an extremely talented and wealthy NFL football player, who turned to murder. His suicide in 2017 was one of the most shocking moments in sports history as a person who seemingly had it all, fame, wealth and family decided he could no longer continue his life. As part of our investigation into Aaron’s death we came across Kyle Kennedy. Kyle was the last person to see Aaron Hernandez alive and to understand and establish just what drove Aaron Hernandez to murder and finally suicide, we had to go inside the prison and talk exclusively with the one man who had a perspective in Aaron’s life that no one else did. This special presentation is Kyle’s full story, which gives a perspective that no one else had into the shocking and tragic life of the once lauded Aaron Hernandez.

“[We had sex] once or twice a week, whenever there was a good opportunity,” Kennedy alleges in video shot at the Souza-Baranowski Correctional Center.

For what it’s worth, this isn’t the first time Kennedy has done interviews with reporter Dylan Howard for Reelz. He was also part of another special on the channel that aired in January called Aaron Hernandez’s Killing Fields.

Back in November of 2019, CBS Boston also obtained a never before seen interview with Kennedy who said then that he had romantic relationship with former New England Patriots tight end.

I mean, if you can’t trust the word of a guy in prison, with a man bun, and numerous face tattoos, who can you trust?

Watch the trailer for the special which airs at 8 p.m. ET on July 5 on Reelz here.