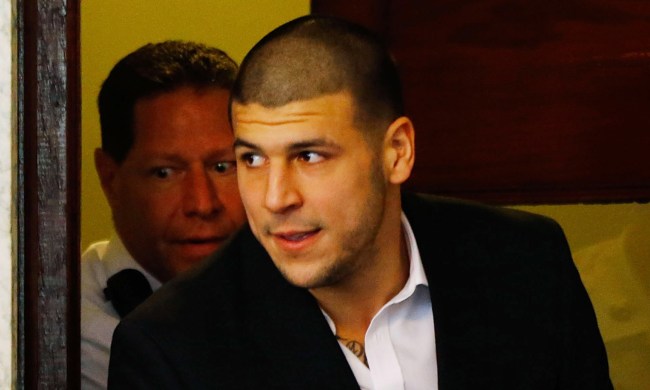 Why would someone want a handwritten letter from a former NFL star-turned-murderer? What utility could that possibly serve? Bringing forth these questions serves no purpose seeing as there are droves of sick men on the internet who pay to watch plump women gorge food in their bra and undies. Don’t blush dude, I wasn’t referring to you specifically, but looks like you just showed me your true colors ya sick fuck.

Anyhoo, a letter allegedly written in prison by Aaron Hernandez is currently up for sale on eBay. It’s ‘Buy It Now’ price, you ask? A reasonable $7,500. For perspective, you could take a two-week tour of Europe for that price, or considering the average price of rent in America, one could pay for a half-year up front.

The letter is dated March 2, 2016, three years after Hernandez was  charged with shooting semi-professional football player Odin Lloyd to death. 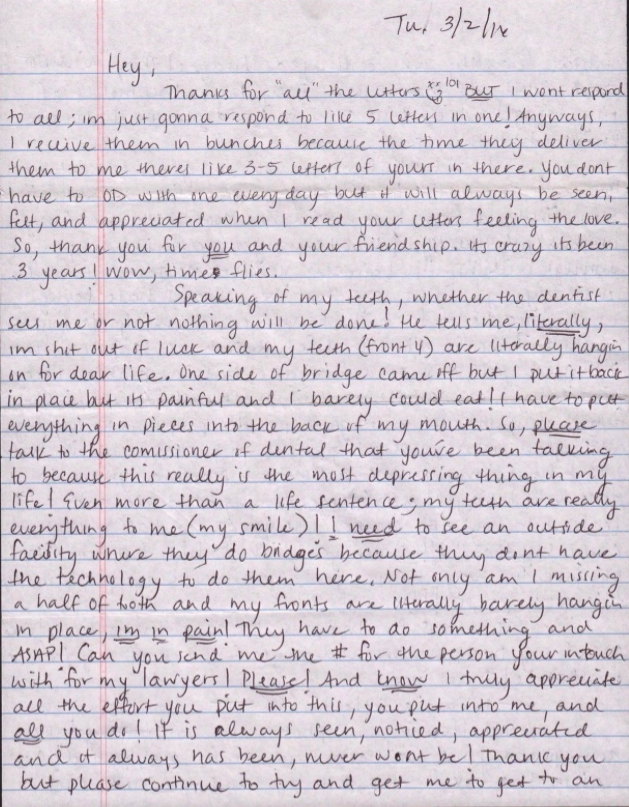 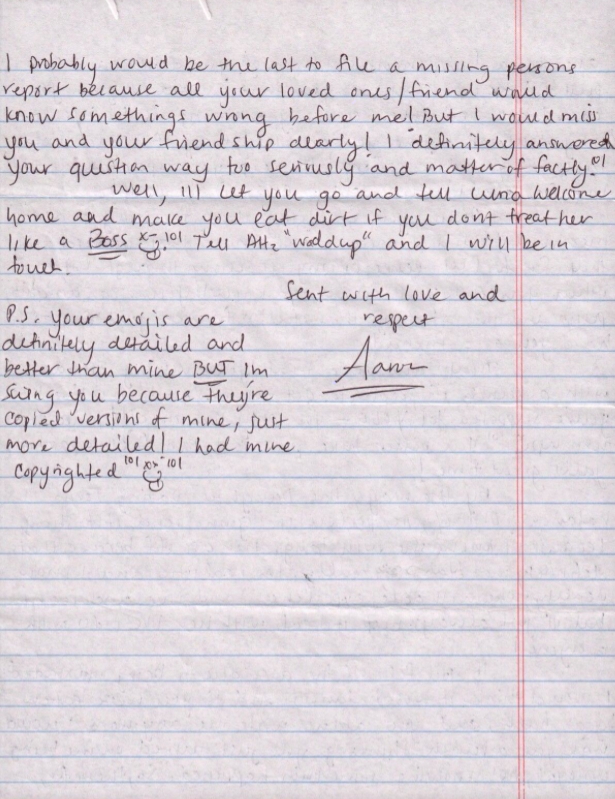 The seller’s description on eBay:

Another rare treasure. Check out my other items with more to come. Only first and last page shown. Buyer will recieve full privileges.Two-page (front and back), handwritten letter is from the tragic football player to one of his prison girlfriends.  Fascinating content includes Hernandez comparing his dental problems to a life sentence in prison… and indicating the former is far worse.  Ironically enough, the postage used from the prison is a “Freedom Forever” stamp.

If you think $7,500 is an egregious asking price, you’re right. But just a year ago, Aaron Hernandez’s silver 2006 Toyota 4Runner which prosecutors claim was the “murder car” used in a drive-by double homicide was put up for sale on eBay. The auction site had to cancel the sale after bidding had reached $101,005.

Sometimes I think me and like 29 other people are the only ones in this world who haven’t completely lost their minds.