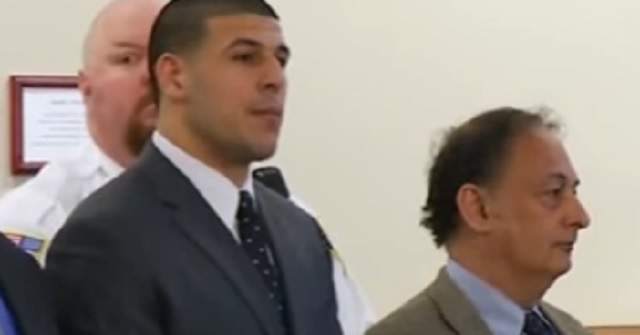 According to a report from Newsweek, two law enforcement sources have confirmed that Aaron Hernandez’s autopsy revealed that he tested positive for K2 synthetic weed .

The prison is now in full lock down mode as investigators conduct a “wide-scale” investigation on how Hernandez was able to get his hands on K2.

The comprehensive search came days after Hernandez was found dead in his cell on April 19 at 3:03 a.m., the same day some of his former teammates on the New England Patriots traveled to the White House to be congratulated by President Donald Trump for their 2017 Super Bowl victory. Inmates at SBCC had told investigators Hernandez may have been high on K2 the morning he killed himself.

Department of Correction sources say it is unusual for state troopers to conduct an SBCC prison search, and that the presence of DOC Internal Affairs officials and the department’s Commissioner Thomas Turco indicates a wide-scale investigation is underway at the prison, where one correction officer has already been “detached with pay” after being accused of missing a round at 2 a.m. Hernandez was found dead at 3:03 a.m. There was also a “shakedown of the warehouse” shared by SBCC and a second prison, MCI-Shirley, the sources said. Both inmates and DOC employees work in that warehouse, which is used to store dry goods before they go into the prison, DOC sources confirm.

Among the items officials were looking for were liquefied drugs such as K2, which can be smuggled into prison by dipping corners of paper into the drug and mailing that piece of paper as a letter, the sources tell Newsweek.

Seems like there might be something bigger going on at the prison, we’ll see if investigators find anything within the next few days.