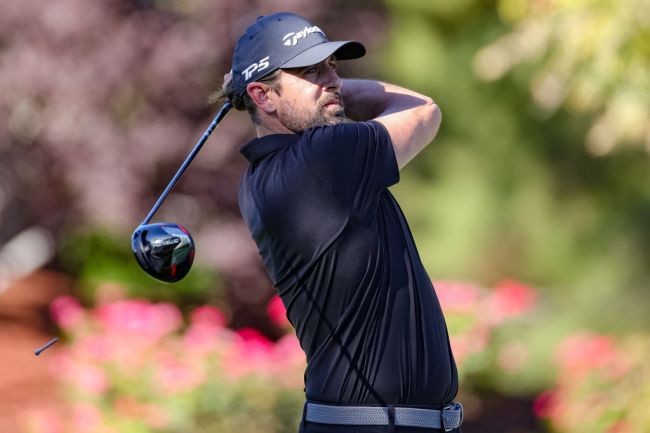 Aaron Rodgers could be sporting a very different look heading into the 2022 NFL season.

Football fans have already gotten a good look at his new tattoo, but there could be another big change coming.

Rodgers will be playing in the American Century Championship celebrity golf tournament this weekend. Playing alongside him will be Charles Barkley and it seems Barkley has made the tournament a bit more interesting for the two.

Rodgers and Barkley have agreed to a bet that could have a big impact on Rodgers’ appearance. They bet that if Barkley outshoots Rodgers in the tournament, Barkley would get to cut Rodgers’ man bun.

Barkley joked about Rodgers’ hair last month while promoting this tournament. Barkley said, “Just because you’re too cheap to cut your hair, you can’t make it a style.”

The two made the bet during “The Match” back in June while Barkley was acting as a commentator for “The Match” and Rodgers was playing alongside Tom Brady against Patrick Mahomes and Josh Allen.

Unfortunately for fans who haven’t been particularly fond of Rodgers’ man bun, it seems extremely unlikely that this is a bet Barkley is going to win. Anybody who has ever seen Barkley swing a golf club knows that he isn’t exactly the best celebrity golfer in the field for this tournament.

In fact, Barkley has struggled in this tournament in the past. Last year, he finished 76th out of 88 entrants in the tournament.

There will certainly be some fans rooting for Barkley to play the tournament of his life so Rodgers has to cut his hair.