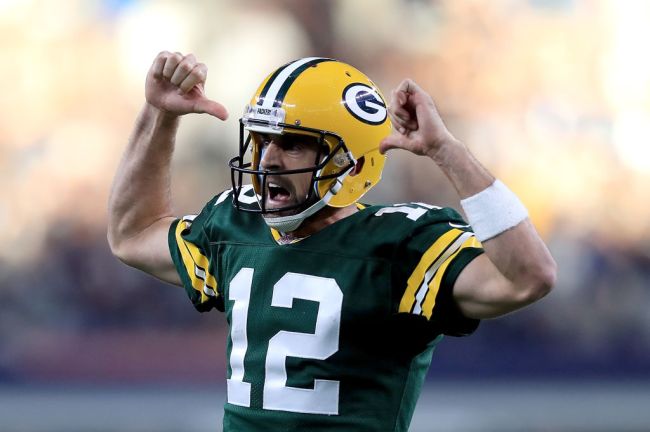 Aaron Rodgers has been on the receiving end of quite a bit of criticism throughout his career, specifically last season. While you could argue that some of the criticism has been warranted in regards to his personal life, slinging criticism his way when it comes to his ability with a football in his hands is usually a bad move.

The criticism comes with the territory, though. Rodgers is a two-time NFL MVP, a Super Bowl MVP, and plays for one of the most popular sports franchises in the country.

Rodgers has gotten off to an impressive start this season leading the Packers to a 4-0 mark and is fresh off of a dominant performance on Monday Night Football against the Falcons where he threw for 364 yards and four touchdowns.

He joined The Pat McAfee Show on Tuesday for his weekly segment and McAfee asked him if he hears all of that outside noise about him. The answer Rodgers went on to give in regards to his critics and those pointing out his ‘down years’ was absolute gold.

McAfee lost his mind after Rodgers voiced the fire.

Rodgers then goes on to say “hey, it’s just the facts bro.”

This segment is example No. 769 that Aaron Rodgers is indeed a bad man.