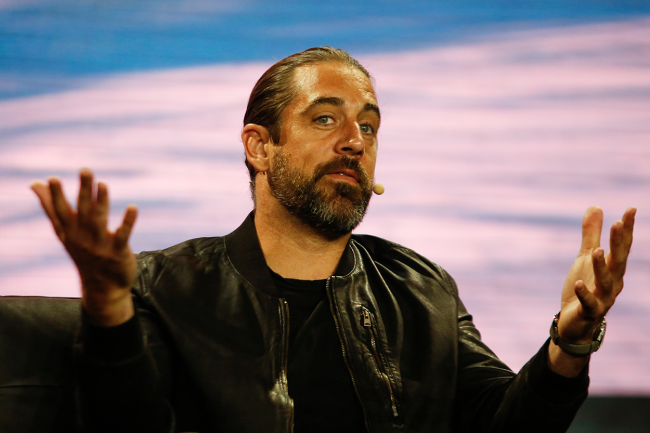 Before one of the craziest offseasons in NFL history proceeded to unfold, the biggest storyline surrounded Aaron Rodgers and his future in Green Bay, and in the league as a whole. While that conversation has died down a little bit, the reigning NFL MVP recently appeared to hint at how long he might play.

Not long after Rodgers announced that he was returning to the Packers, the team proceeded to trade Davante Adams to Las Vegas. The two sides had been in conversation about a new contract for months, but they ended up falling through and the team shipped him to the Raiders instead of paying him.

Of course, Rodgers was bummed. Although he did not comment publicly right away, there is simply no way to be happy about your top target leaving.

Earlier this week, Rodgers finally spoke out about the trade. His reaction, understandably, was disappointed, but he also understood the decision for Adams and Green Bay to turn a new page.

While discussing the move, Rodgers slipped in a notable tidbit. He said that he thought the idea of playing with him for “a few more years” would help keep Adams in Wisconsin.

Aaron Rodgers on losing Davante Adams: "I thought based on the number we offered Davante and being able to play with me for a few more years would definitely make a difference, but in the end he was ready to move on."

*play with me for a few more years* seems noteworthy

While there is no telling what Rodgers wants to do longterm, his comment about the future seems relevant. A “few,” technically, is three. Will Rodgers play three more years with the Packers? Who knows. But he, at the very least, has it on his mind.