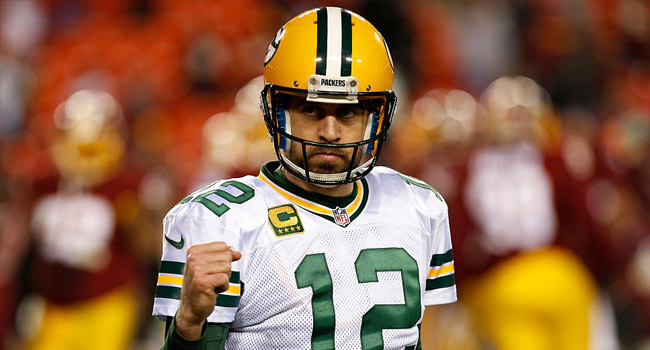 The Green Bay Packers were fairly active yesterday when they signed both Jimmy Graham and Muhammad Wilkerson to deals. Unfortunately when the Packers decided to sign Graham they also chose to let go of fan favorite Jordy Nelson.

Based on his behavior on Twitter, Packers franchise QB Aaron Rodgers doesn’t seem too thrilled about the team releasing one his favorite targets in Jordy Nelson. Rodgers was spotted liking a tweet yesterday on the social media site that compared Jimmy Graham with Jordy Nelson. 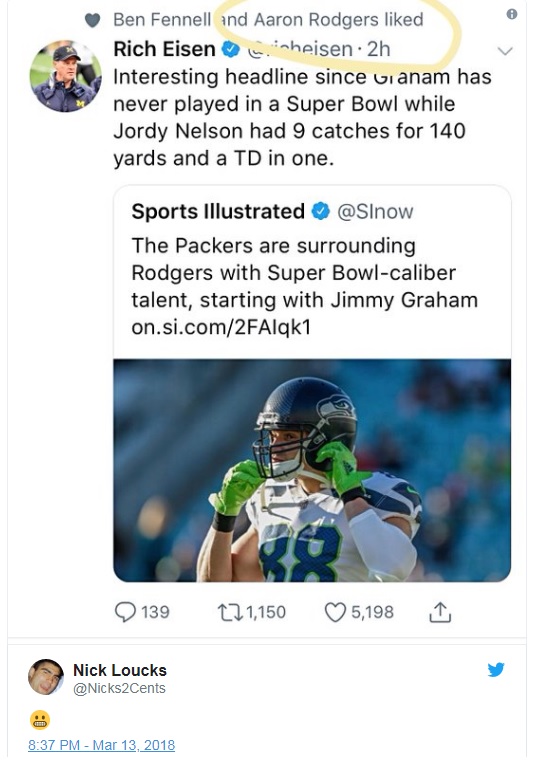 Hard to find the right words today to express what 87 means to me. No teammate exemplified what it means to be a packer quite like him. From living in GB full time, his incredible contributions to the city, state, and region, to his consistent, reliable play on the field. Definitely a sad day and the toughest part of this business. There will never be another quite like white lightning. #leader #brother #friend #baller #loyal #champion #legacy #intact #stillcanplayball #backshoulder #1stSBTD

Can’t be a good sign when your franchise quarterback doesn’t seem to be in line with offseason decisions from the team’s front office.