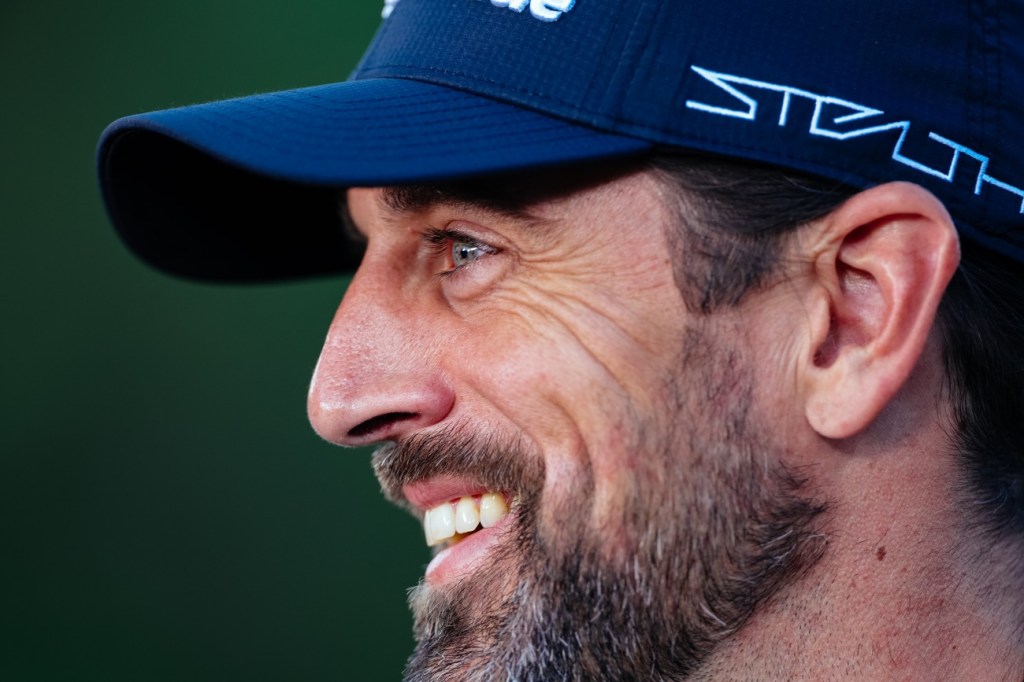 Green Bay Packers quarterback and future NFL Hall of Famer Aaron Rodgers is a hippie through and through. NFL fans often forget this because he’s the face of a storied franchise and football isn’t often associated with the hippie lifestyle, but Aaron Rodgers breaks that mold.

The California-raised quarterback finished last season with a 12-day Panchakarma cleanse. The 3,000-year-old Ayuverdic detox is super intense and as hippie as it gets.

So when Aaron Rogers showed up to Packers training camp professing ‘love’ as his biggest motivator it shouldn’t have come as a shock to anyone. His quotes are pretty funny because for a fraction of a second it sounded like he might be referring to Jordan Love but nah, he’s talking about hippie love.

Aaron Rodgers on what motivates him: “Love, probably. Just tapping into the love of this game, love of my teammates. You know, that’s what gets me up in the morning, coming in here and loving what I do. And having that gratitude for this opportunity, because at some point, the ride’s gonna be over.”

“So enjoying every step of the way. Obviously, you know, we wanna win a Super Bowl. And individual accolades are great. But being in present in the moment I think is really important, especially for an older player, because each moment is just a little bit more special.” (h/t PFT)

Watching back that interview, do you think after Aaron paused and said, "Love, probably" he any way meant Jordan Love? He kind of smirked like it was an attempted dig at the reporting that's been done regarding the Packers drafting Love and Aaron's motivation.

And love of fifty million dollars

Those Aaron Rodgers quotes come from this video right here on the Green Bay Packers’ website.

Aaron famously signed a contract extension this offseason worth $150,815,000 in guaranteed money. It’s easy to say that ‘love’ and ‘gratitude’ are the biggest motivators in your life when everything else is completely taken care of.

He will finish this current contract having earned a total of $450,373,010 in NFL contracts and god knows how many in endorsements. I’d probably be pretty grateful and filled with ‘love’ if I had hundreds of millions in the bank as well.