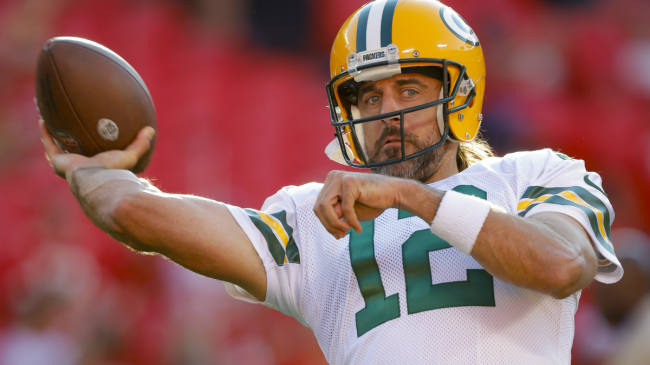 Aaron Rodgers has dominated the NFC North. Plain and simple.

It’s no surprise, even to those rival fans, when looking at the display he’s put on with the Packers throughout his career. There’s a reason he’s able to make quips about owning the Bears with little backlash. You’re able to get away with that sort of thing when going 22-5 against an opponent.

His Packers have also won the North eight of the last 11 years with Rodgers at the helm.

With each new season, though, there comes hope. Hope from those NFC North fans that a change is on the way. And with each passing season, those hopes are dashed, at least according to the Green Bay signal caller.

Rodgers took a jab at NFC North opponents, and their fans, with his latest comments heard in the Green Bay locker room. Matt Schneidman of The Athletic notes the Packers’ passer had the following to say when speaking on his division rivals.

“All the other teams in the NFC North, it seems like every single year, I think their fanbase and their teams feel like, ‘This is our year to win the North.’

“Hasn’t really been the case during my time, for the most part.”

An absolutely vicious troll. You know he enjoyed saying it, too.

But it’s a jab that won’t have a rebuttal until those rivals find a way to take down the signal caller on the football field.