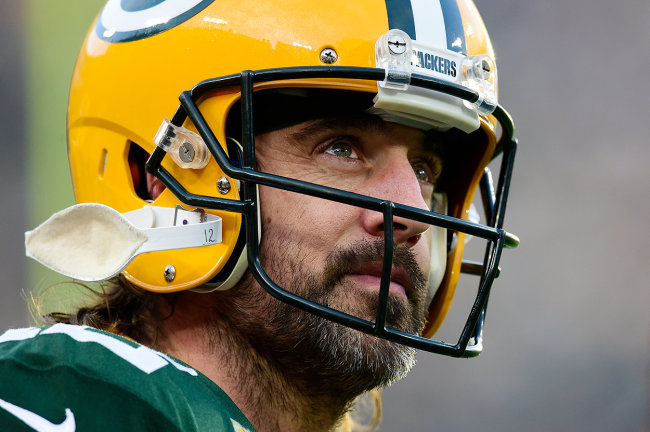 Rodgers, who has caused quite a bit of controversy with his remarks over the last 11 days, is not vaccinated.

He revealed his reasoning in an interview with Pat McAfee and continues to stand by his decision. Rodgers did acknowledge that his comments on his vaccination status prior to the season may have been misleading.

Regardless of why, Rodgers has not received the COVID-19 shot and does not have plans to do so in the near future. As such, the 37-year-old must follow strict NFL protocols in regard to health and safety.

He has not followed protocol for parts of season, which resulted in an almost $15,000 fine. Now, he will be under a close microscope.

To push back on the NFL’s rules, Rodgers made a clear statement through a decision ahead of Sunday’s game against the Cardinals. Per multiple reports, the Packers quarterback has elected to conduct his post-game press conference via Zoom.

Because he is taking questions on Zoom, not in person, Rodgers will be exempt from wearing a mask. This will presumably be the case for the remainder of the season.