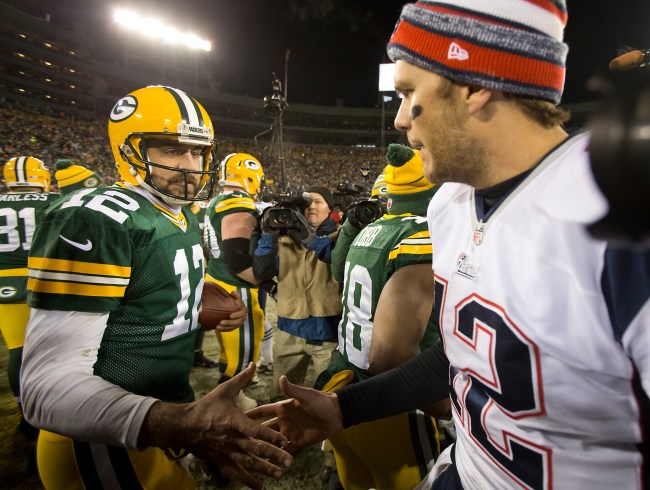 Aaron Rodgers is a Super Bowl champion, Super Bowl MVP, two-time NFL Most Valuable Player, the NFL’s all-time career leader in passer rating during the regular season, and dating the stunning Olivia Munn. Rodgers also put up mind-numbing numbers in 2016–40 TDs, 7 int, and 4,428 yards. Talking heads have pitted Rodgers against Brady for years now, which could easily give birth to some resentment between the two.

But, after Brady’s historic Super Bowl performance and Brady’s fifth Super Bowl victory, Rodgers kneeled down to Brady by openly saying he’s the best to ever live. He told Graham Bensinger:

“I felt bad for Matt [Ryan],” Rodgers began. “I have gotten to know him over the years, he is a fantastic guy; he had an incredible MVP season and sitting there 28-3, I think everybody watching — and probably at the game — was thinking ‘Atlanta is gonna get their ring sized up here pretty soon.’ So that was disappointing.

“From a fan’s perspective, what a great game to watch and to see Tom in his greatness on display one more time. I mean, he didn’t need to win that to prove that he’s the G.O.A.T., but just another part of his legacy there.”

Brady, who is a master deflector, paid no mind to the compliment when speaking with PFT last week.

“None of those things have ever mattered to me and it’s just — it’s hard for those things to even take up any space in my mind because they’ve never been of significance to me,” Brady said. “There have been so many great players that I’ve played with, that I’ve played against over the years.” 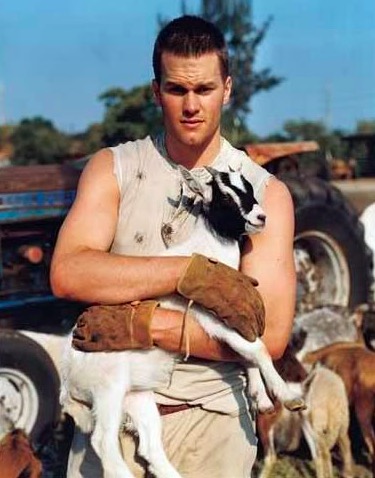