Aaron Rodgers Shares New Details About His Toe Injury, How It Feels Heading Into Playoff Matchup Against 49ers 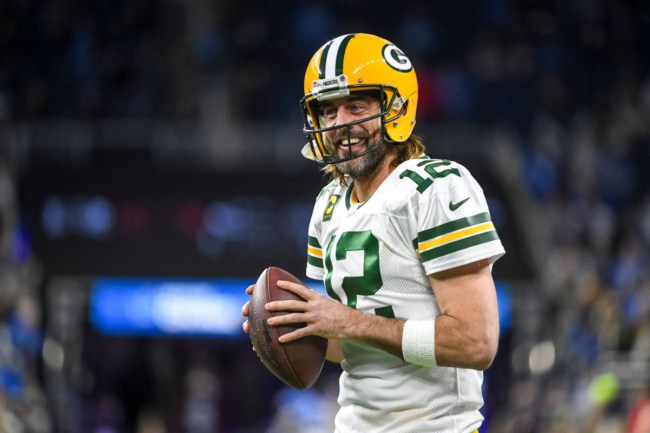 Aaron Rodgers’ toe has gotten so much publicity this season. At this point, it’s legitimately funny that we’re still talking about his mysterious toe injury.

We first learned about Rodgers’ banged up toe in November, and while we still don’t know how he picked up the injury in the first place, he has offered up new details about it.

When the news originally broke, the running joke was that Rodgers had ‘COVID toe.’ Shortly after those rumors made the rounds, Rodgers cleared the air, sort of, by showing his toe and confirming that he had some sort of fracture. There were other rumors out there too, like he may have picked up the injury after his friend Joe Rogan told him to start kickboxing.

Aaron Rodgers Shares An Update On His Toe

During his weekly appearance on ‘The Pat McAfee Show‘ on Tuesday, Rodgers cleared the air about the injury, well, kind of.

“I told you, I didn’t have COVID toe, I hurt it during COVID, it was a COVID time injury, but not COVID toe,” Rodgers explained. “As far as how it’s feeling, it feels really good. There is still some achiness from time to time, but at this point, I think I’m as close to 100% as I’m going to get for the rest of the season.”

Are you ever gonna tell anybody what happened to your toe??

"It was a Covid time injury but not Covid toe. It feels pretty good & I'm as close to 100% as I'm gonna get this season" ~@AaronRodgers12#PatMcAfeeShowLIVE pic.twitter.com/cXhU1jqYSi

It really is interesting, and somewhat bizarre, that Rodgers won’t just say how he injured the toe. He could even lie, say he stubbed it on a door frame or something, and all of this chatter would go away, yet he refuses to do that.

We may never know how Rodgers broke his toe during the 2021-22 NFL season.