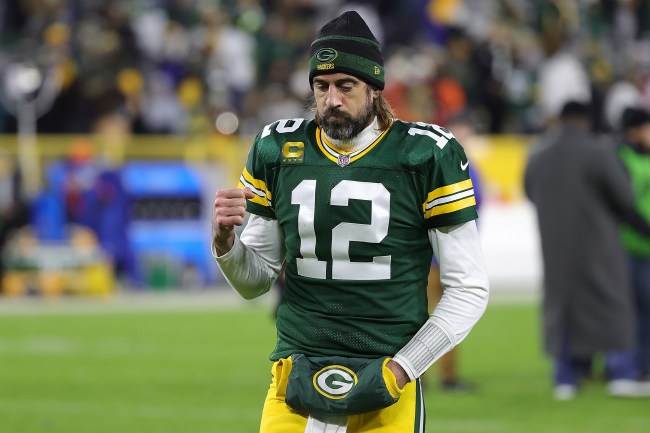 Aaron Rodgers can’t seem to keep his name out of the media these days. Coverage of him has been absolutely nonstop throughout the month of November.

In that press conference, Rodgers removed his shoe and showed the world his foot to prove that he did, in fact, not have COVID toe. That leads us to today.

During his weekly appearance on The Pat McAfee Show, Rodgers discussed the press conference and his decision to make one of the resulting pictures his avatar on Twitter. His answer to it all was simple and perfect.

For those of us who don’t get the reference, Rodgers is referring to an old rumor that crept up during Rex Ryan’s tenure as Jets head coach. A video of his wife surfaced that led many to believe Ryan has a foot fetish.

This a smart move from a PR perspective for Rodgers. His COVID saga has turned into the bad guy in a way that his relationships and alienating his family never could. Using his airtime to entertain audiences instead of educating them on what he learned from the Joe Rogan School of Alternative Medicine seems like a pretty good way to try and endear himself to fans again.

At this point, I think he’d take any escape route to move past this whole thing and focus all of his attention on football, where his Packers seem to have their best chance in years at winning the Super Bowl.