Adam Hadwin Says He May ‘Rethink Playing’ If PGA Tour Forces Players To Keep The Flagstick In While Putting, Which Is An Absolutely Absurd Statement 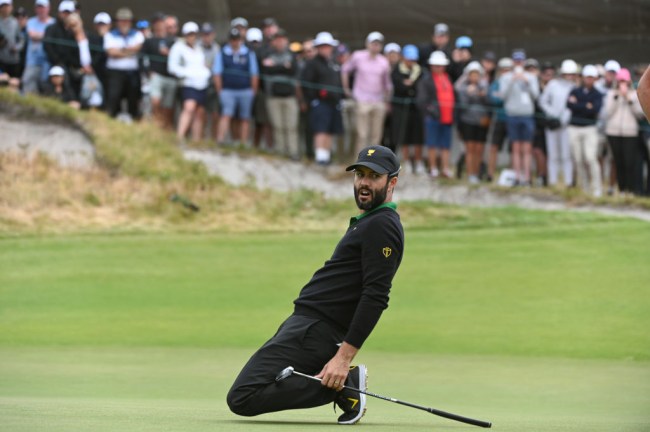 The PGA Tour is scheduled to restart its season the week of June 8 and while we know that the first four events will be played with no fans and certain health measures will be in place, we don’t really know specifics beyond that at the moment.

Not having caddies, removing all bunker rakes, and forcing players to keep the flagstick in at all times are among the many rumors out there as to what measures the Tour may take in regards to social distancing and simply limiting contact.

While there will undoubtedly be pushback from players regarding any rules set forth, Adam Hadwin took things a bit further during a TSN In Depth interview. Hadwin, a PGA Tour winner, went as far as to say that he would “rethink playing” if players are forced to keep the flagstick in at all times.

“Are we not going to be allowed to touch pins, or flags?” Hadwin said. “I putt with the flag out, so if we all of a sudden are going to be forced to putt with it in to not touch a flag, I’m going to have issues with that, and that might make me honestly rethink playing, because it changes everything.”

Doesn’t matter how well I’m hitting it; when I get on the greens I’ll be thinking about it, how I’m putting with the flag in and I haven’t been able to adjust to it and I shouldn’t have to adjust to it. Maybe I’ll protest, maybe I wouldn’t. If that’s the only possible way for us to play again, I don’t know, maybe. Maybe I’ll play and moan about it every day that I play and just go do it. Hopefully it doesn’t come to that.”

Saying “I’m going to have issues with that” is one thing, but to say you’re “honestly going to rethink playing” is absurd. If Hadwin doesn’t play, then Hadwin doesn’t make any money.

Hadwin’s reaction to maybe having to putt with the flagstick in almost comes across like he thinks he’s the only player that will have to make a change in his game, too, which isn’t the case. Every player out there will have to make that adjustment, plus, it’s not like this is going to be a rule set in place for the rest of time.

Having to putt with the flagstick in for four events or maybe even the rest of the year isn’t as big of a deal as Hadwin is making it.

Hadwin is among the best putters on Tour ranking 27th in strokes gained: putting. One would think that such an elite putter could adjust to putting with the flagstick in for a bit, which again is a safety thing, but we’ll see how this plays out when play resumes.