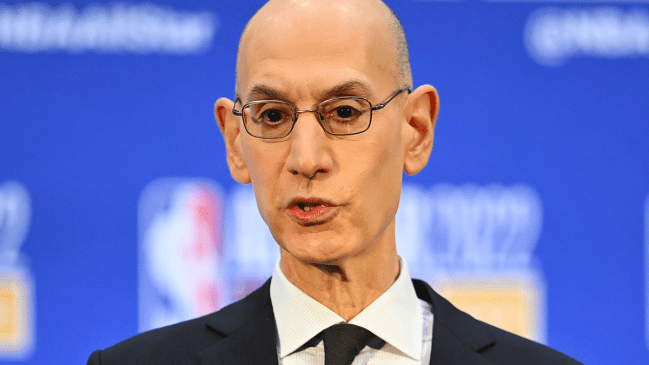 It’s been close to a year since ESPN dropped a bombshell report detailing the many ways Robert Sarver allegedly fostered a toxic work environment as the owner of the Phoenix Suns, which—to put things lightly—was the textbook definition of “a bad look.”

The NBA eventually conducted an investigation into the matter, and earlier this month, Adam Silver and the league left plenty to be desired after revealing Sarver would be suspended for a year and forced to pay a $10 million fine due to his long history of racism and misogyny.

It didn’t take long for plenty of people to voice their disappointment with what was widely viewed as a half-measure. LeBron James called out the NBA while pushing for a harsher punishment while Suns minority owner Jahm Najafi issued a scathing statement calling for Sarver to sell the team—which the now-disgraced owner revealed he will do after caving to public pressure on Wednesday.

While we’ll likely have to wait a while for this saga to come to an end, Bill Simmons introduced a very compelling new twist while discussing the situation on Thursday’s installment of The Bill Simmons Podcast, where he channeled his inner Brian Windhorst by weaving a web detailing what apparently went down behind the scenes to bring us to where we are.

Simmons began to pull back the curtain around 14 minutes into the episode when he shared what he’s presumably learned from his sources around the league.

If he’s to be believed, Silver put on a masterclass by willingly positioning himself as an initial punching bag in a conscious effort to turn up the heat following the announcement of the suspension and fine:

“Adam Silver had to basically—he’s playing 3D chess. He had to take the hits last week for a couple days—make it seem like, ‘I’m so light on this’—and then the players come out.

If you think this wasn’t a whole bunch of people orchestrating this—including when LeBron James and Chris Paul come out against Sarver—if you don’t think that wasn’t coordinated with the league, I have a leg to pull for you.

Everybody wanted the same endgame. They wanted this guy to sell. So how do you do that? You have the most visible players in the league come at him. You have sponsors pull out. You have other owners lobbying him like, ‘You don’t want to go out this way, man.;’

In the Rich Guy Circles they had, I think, a labor meeting this week and, you know, in the Rich Guys Circles, they can approach that a little differently; they could be like, ‘Hey, you can make a lot of money. Just get out. What do you want to be a punching bag for?’ and spin it a certain way.”

While the factors he mentioned were enough to force Sarver to cave, Simmons also said Silver had a nuclear option he was prepared to deploy if he hadn’t.

Sarver could’ve technically been forced to sell the team if 75% of his fellow owners had voted in favor of a motion to make him forfeit his stake. However, there was plenty of speculation many would be hesitant to do so thanks to the potential to open a Pandora’s box that could lead to the discovery of skeletons that may be hidden in their own closets.

With that said, it would appear Michael Jordan was ready and willing to come out against Sarver based on what Simmons had to say:

“What I heard was there was one last piece; a card that the league was going to play where MJ was going to be the last piece to come out and implore Sarver to sell, and that would have been a death blow for him and hugely embarrassing for a bunch of different reasons.

That never had to happen, but it was going to happen, and I think once Sarver knew that Jordan was looming—after Lebron after Chris Paul, after some of the other people, the minority owner —then that was it.”

Simmons failed to offer any concrete proof to support his claims, but based on his history and the many connections he has, it seems like there’s a very good chance he’s painting an accurate picture of what unfolded.