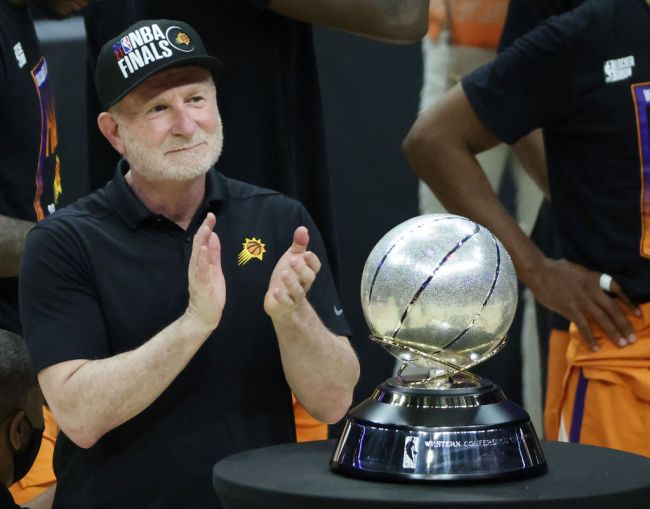 Phoenix Suns owner Robert Sarver could be involved in a major scandal that could lead to him being forced to sell the team.

The rumors of a bombshell story first came from NBA insider Jordan Schultz, who stated the NBA was bracing itself for a massive report accusing Sarver of racism, sexism, and sexual harassment in a series of incidents.

🚨 Breaking: The NBA is preparing for a massive story accusing #Suns owner Robert Sarver of racism, sexism and sexual harassment in a series of incidents, sources say. With enough evidence to support such claims, there’s a real chance the league would forcibly remove Sarver.

Sports Illustrated’s Chris Mannix confirmed ESPN was working on a story on Sarver, but the Suns immediately denied all accusations that are going to be made in the upcoming report.

The Suns, in response for what they say is a pending ESPN story, deny its contents. "Documentary evidence in our possession and eyewitness accounts directly contradict the reporter’s accusations," team says.

The allegations are directed at Suns owner Robert Sarver, who in a three-paragraph response denies any misconduct, specifically racial or gender discrimination.

Update: Here’s the official statement from the Phoenix Suns denying ESPN’s allegations before the release of the story. 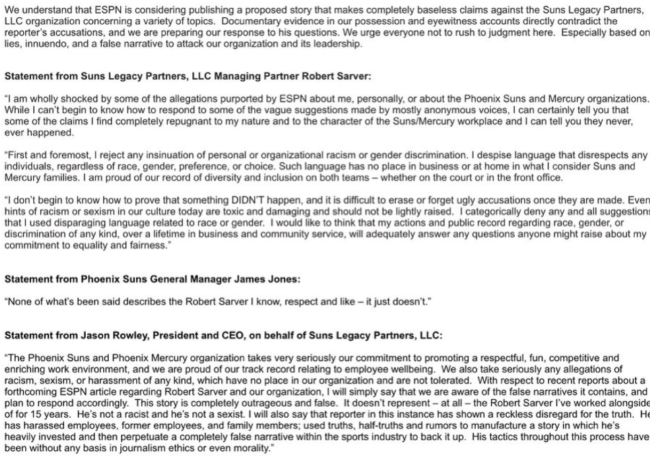