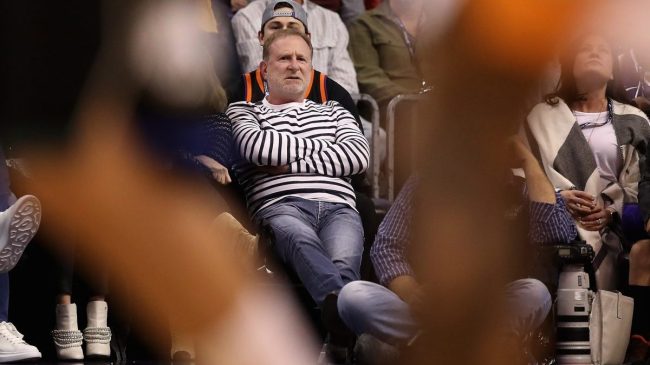 Phoenix Suns majority owner Robert Sarver is in hot water. Not necessarily with the NBA, which recently suspended and fined the billionaire, but with fans, players and apparently his co-owners as well.

Sarver’s punishment came in the wake of an investigation that revealed a number of incidents of workplace misconduct. These include allegations of racism, sexism and general toxicity.

The league’s investigation came following a report from ESPN on Sarver’s behavior that was first published in October of 2021. The findings of the investigation were both numerous and egregious.

It claimed that Sarver “repeated the N-word multiple times when recounting the statements of others.”

The league stopped short of forcing Sarver to sell the team, something that would’ve required a 3/4 vote from the rest of the league’s owners.

But players feel that’s what NBA commissioner Adam Silver should have pushed for. LeBron James was perhaps the most influential voice among them.

Now it appears they’re not alone.

Billionaire Jahm Najafi is a minority owner of the Phoenix Suns and serves on the NBA’s board of governors. He penned an open letter to Suns fans calling for Sarver to sell the team.

In it, Najafi writes, in part:

"I am calling for the resignation of Robert Sarver."

“Similar conduct by any CEO, executive director, president, teacher, coach, or any other position of leadership would warrant immediate termination. The fact that Robert Sarver ‘owns’ the team does not give him a license to treat others differently than any other leader,” he said in part.

Jahm Najafi, the second largest Suns stakeholder, has publicly called for the resignation of Robert Sarver in an open letter to Suns fans. pic.twitter.com/z7dMzUyHSP

Some fans were wary of Najafi’s motives, however.

Well duh. He wants to be majority owner

Of course he is, what a sign of un-loyalty. He wants the team!

Make sure Najafi has to sell his ENTIRE stake

Though Najafi says in his letter that he has no interest in becoming the managing partner. But it appears we could have an NBA coup d’é·tat on our hands?