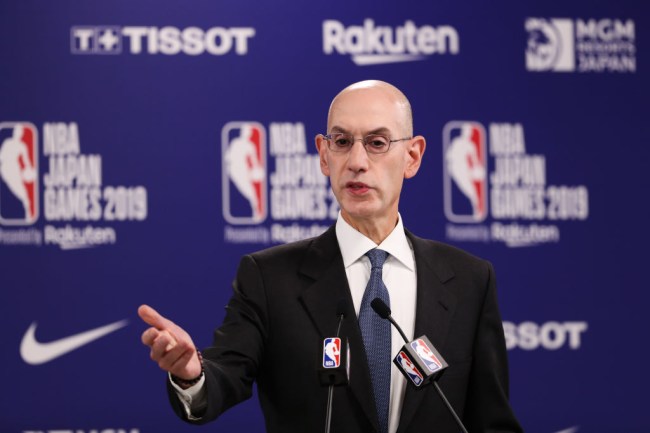 During the inaugural Time 100th Health Summit in New York on Thursday, Adam Silver said that the Chinese government has requested the firing of Rockets general manager Daryl Morey after his ‘Fight for Freedom. Stand with Hong Kong’ since-deleted tweet.

“We made clear that we were being asked to fire him, by the Chinese government, by the parties we dealt with, government and business. We said there’s no chance that’s happening. There’s no chance we’ll even discipline him…These American values — we are an American business — travel with us wherever we go and one of those values is free expression. We wanted to make sure that everyone understood we were supporting free expression.”

This statement comes after the fact that LeBron James, the face of the NBA, spoke with the press earlier this week claiming Morey was uneducated about the situation when he sent out his tweet.

Related: Chinese Government Tells NBA To Shut Up And Dribble And, While It Makes No Sense, That’s Exactly What It’s Doing

James also said, “We all do have freedom of speech but at times there are ramifications for the negative that can happen when you’re not thinking about others but are only thinking about yourself” essentially ripping Morey for supporting democracy in communist China.

Silver basically doubled-down on that statement during his time at the health summit on Thursday.

Related: China Is Banning The Broadcast Of Some NBA Games As It Spars With The League Over The Protests In Hong Kong