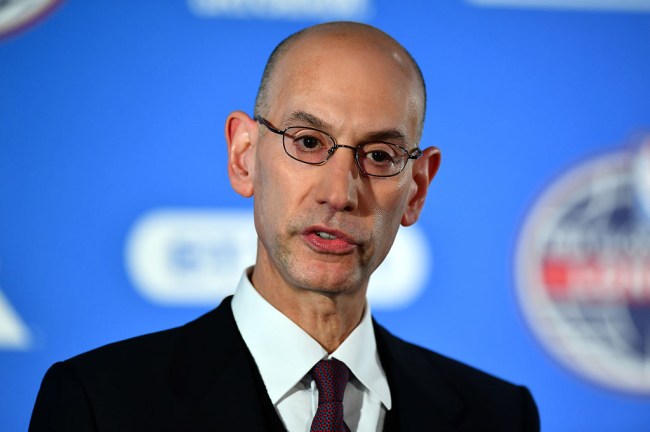 Aside from the fact that playoff hockey is one of the best things in all of sports, there’s nothing I look forward to more than the presentation of the Stanley Cup. While I love to see players celebrate after devoting their entire lives to the sport, the real reason I tune in to the ceremony is to catch one of my favorite traditions: NHL fans booing the everloving shit out of commissioner Gary Bettman.

It’s hard to make everyone happy when you’re in charge of a major sports league, but guys like Bettman and Roger Goodell have done an impressive job of pissing off members of virtually every fanbase at some point in time. However, NBA commish Adam Silver has mostly managed to stay in the good graces of NBA fans largely thanks to his ability to be a comparatively reasonable guy.

In addition to his pretty nuanced take concerning the controversy over NBA players visiting the White House, Silver has also admitted he thinks fans should be allowed to gamble on games (which will be a lot easier now that the Supreme Court has made the practice legal). However, anyone in his position is going to have their fair share of critics, including those complaining about the lack of parity in the league thanks to the rise of NBA “super teams.”

Silver appeared on ESPN Radio to discuss the topic in the wake of the Golden State Warriors winning their second championship after adding Kevin Durant, where he insinuated he wasn’t a huge fan of the signing but respected the team’s ability to pull it off:

“I get it in terms of Kevin Durant… It was a bit of an aberration in our system; we had a spike in our cap, it enabled them to have additional cap room. The Warriors will tell you they would have figured out a way to get it done anyway.”

This is a bit of a backpedal based on what Silver said a few years ago when he admitted he thought super teams weren’t ideal for the league. However, it seems like he’s realized that there have always been juggernauts in the league and probably always will be:

“There have been dynasties forever in this league. There’s an old Sports Illustrated cover you guys should look up from 1997 and there’s a picture of Michael Jordan on the cover and it’s saying, ‘Are the Bulls bad for the NBA?’ It’s kind of the same storyline right now.”

This is just a thought, but maybe other teams should try being better at basketball.