Despite Earning Nearly $100 Million During NFL Career, Adrian Peterson Appears To Be Deep In Debt After Defaulting On Loan 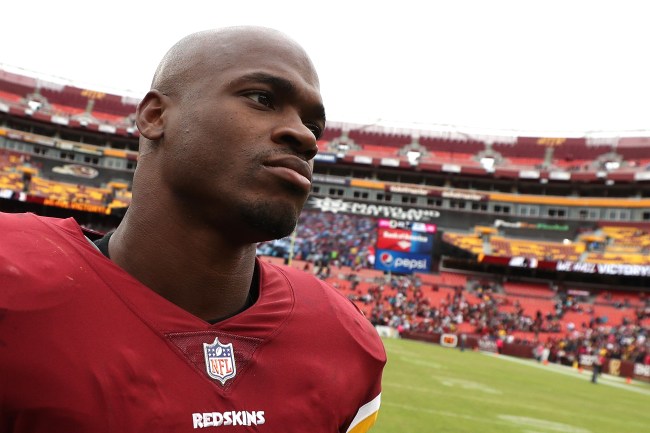 During his career, Adrian Peterson earned more money than any running back in the history of the NFL. 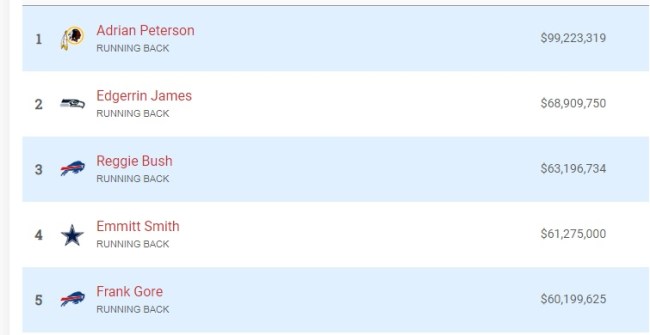 Unfortunately, despite making nearly $100 million in his 12 years it seems like Peterson is in some serious debt.

Today, Peterson was hit with a lawsuit after defaulting on a $5.2 million loan.

DeAngelo Vehicle Sales (in this case, investment vehicle, not a car) has filed suit in New York against Peterson, claiming he has defaulted on a $5.2 million loan. Peterson used at least some of the loan to pay other debts, including money owed to a “pay day lender.”

Apparently, Peterson was using the $5.2 million loan to pay off several other multi-million dollar loans.

The loan from DVS wasn’t the first for Peterson, nor the first he defaulted on.

He used the $5.2 million from DVS to pay back a loan of nearly $3.2 million to Thrivest Specialty Funding and another $1.34 million to Crown Bank.

A Maryland judge declared last week that Peterson had to pay another creditor, Democracy Capital Corp., the $2.4 million he owed.

Peterson’s lawyer took to Twitter to confirm that Peterson was in debt and that this was a case of an “athlete trusting the wrong people”.

My statement regarding Adrian Peterson: pic.twitter.com/k4BbxuynZM