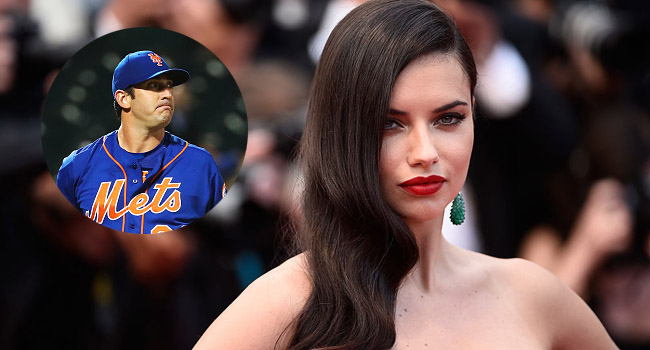 Mets pitcher Matt Harvey currently sits at 2-3 with a 5.63 ERA. Not exactly what the Mets nor their fans were hoping for from him so far this season, to say the least.

One of the reasons given for his struggles has been the fact that Matt is all down in the dumps because his one-time flame Adriana Lima got back with her ex Julian Edelman.

In fact, that was the rumored reason why he was reportedly out all night and missed one of the Mets games last week.

Naturally, because it’s what fans do, they are now blaming her for Harvey’s pitching woes.

Well, Adriana wasn’t having that, at all… 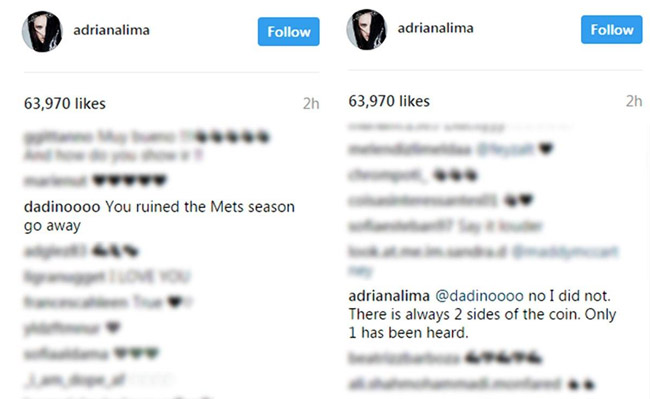 This latest Instagram comment from Lima comes on the heels of her and another one of Harvey’s ex-girlfriends Ania Cywinska appearing to twist the knife by throwing shade at him on Instagram.