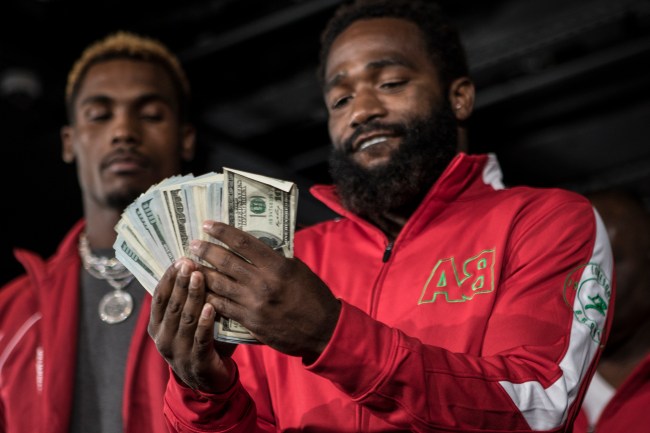 “About Billions” seems be be okay with just enough to by a sans-guac burrito.

The former four-weight champion hasn’t competed since the Pacquiao loss over a year ago and just last month, the 30-year-old was ordered to pay a default judgment in the amount of $830K for failing to show up in a sexual assault case.

Oh, and then there was his hiatus from social media after Danielle Bregoli aka Cash Me Ousside Girl exposed Broner for sliding into his DMs and messaging “Text me crazy girl.” This line can only be made weirder by the fact that the Dr. Phil alum is only 16 years old.

The original headline of this article was going to be: Adrien Broner Asks Fans To Send Him $10 To Take Danielle Bregoli To Chuck E. Cheese.

Broner’s taken giant L’s lately, but this cannot be his reality…

This is either a world-class troll or the saddest thing I’ve ever read.

No one could possibly be so delusional to throw up this TBT after.

It has to be a troll, right?

Between the watch and the stack, there has gotta be at least $2 million in this picture alone. Hand me two million right now and I’ll fucking Andy Defresne it on the southwest point of St. Croix until my heart freezes from too many frozen margs.

It looks as if here Adrien is purchasing salvation or a Peloton bike.

I smell a troll. I hope?