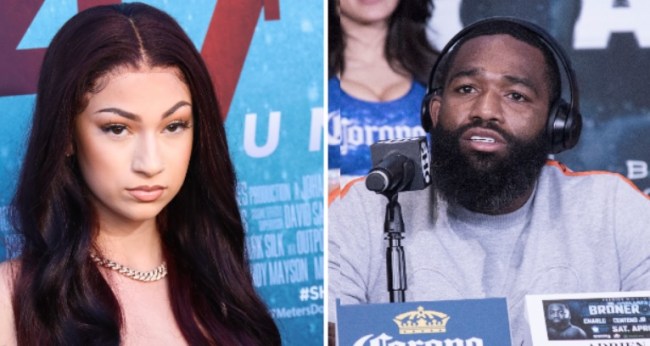 Danielle Bregoli, AKA the Cash Me Ousside Girl, AKA rapper Bhad Bhabie is only sixteen years old so it’s probably not a good idea for grown men to slide in her DMs unless they want to go to prison.

This afternoon Bregoli posted a notification she got on Instagram that revealed 30-year-old boxer Adrien Broner DMing her “Text me crazy girl”. Bregoli accompanied the screenshot of the DM with Akon’s “Locked Up” music video implying that Broner was going to jail for trying to flirt with her.

Broner spoke with The Shade Room and claims he had no idea Bregoli was underage.

Well, Adrien Broner exclusively tells us that it’s all a misunderstanding. AB described the situation as an “honest mistake.”
___
“Nobody want to date a kid but I fault Instagram for not having people’s age on they profile,” Broner said. “I thought she was grown the way she out here moving…” but he said it’s clearly not time to “catch her outside

Hopefully grown men learn from Broner’s mistake and they stay away from Bregoli’s DMs.