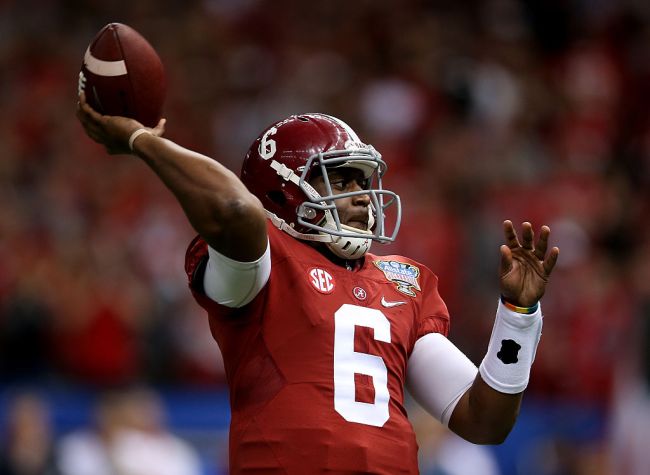 Disney’s newest movie ‘Safety’ is based off of a true story about the Clemson football program and features a familiar face. It tells the story of former Tiger Ray-Ray McElrathbey, a freshman scholarship player, who secretly raises his little brother on campus after life at home became too unsteady. The screenplay, of course, has been played up to meet cinematic standards, but it actually looks pretty good.

At one point, McElrathbey and Clemson play host to Florida Atlantic University. To have any semblance of accuracy in the gameplay, the actors and extras on the field need to be athletic. For the opposing quarterback, Disney cast someone who knows the position well. Former Alabama quarterback Blake Sims donned the Owls’ uniform and lined up under center. He posted an instagram with his moment of silver screen fame.

Sims, who was originally a running back and backup quarterback for the Tide, earned the starting role in 2014 and reached the College Football Playoff. He completed 252 passes for nearly 3,500 yards and 28 touchdowns and added seven more on the ground. Alabama was handed a loss by Ohio State, which went on to win the National Championship, and Sims went on to play six years of professional football in three different countries. After graduation, the Georgia native played with the Toronto Argonauts and Saskatchewan Roughriders before he headed to Australia and played for the Wollongong Devils. He received an invitation to try out for the Falcons and earned a reserve contract but was cut before the 2017 season began. After his release, Sims was chosen in the second round of the AAF Draft by the Birmingham Iron but was placed on injury reserve and later waived.

While at Alabama, he played under offensive coordinator Lane Kiffin. Kiffin, who is now the head coach at Ole Miss, most recently held the same title at FAU. It’s an interesting coincidence, as Sims suits up for the Boca Raton based bunch.