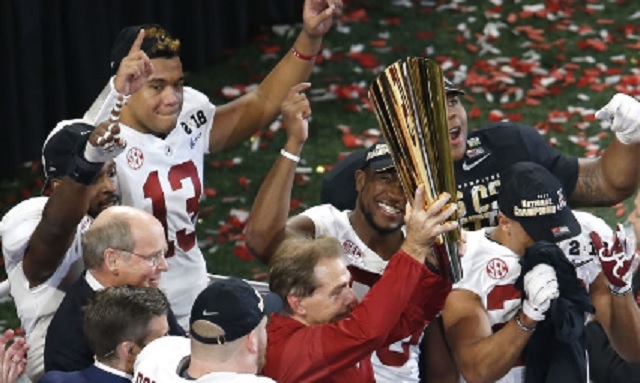 For the past three months, the UCF Knights have declared themselves the national champions after they finished with a perfect 13-0 record while also beating Auburn, a team which had a win against both Alabama and Georgia.

UCF athletic director Danny White has been campaigning that UCF has been ignored all season and overlooked by the College Football Playoff selection committee.

He said on Wednesday, “We’re trying to build our program, and we feel very strongly as the only undefeated team and having beat Auburn, who beat both teams competing for the national championship, that we have an extremely sound case to claim the crown.”

The program plans on hanging banners at the school and stadium, White said in the interview.

“It’s a proud moment for our university,” White said. “Having an undefeated football season is unique, and this is a moment in time we don’t want to forget, and it deserves to be memorialized with a national championship banner.””

Not only did the Knights raise a banner in their stadium they also handed their players their “national championship” rings which seemed to piss off college football purists to no end.

Yesterday, Alabama players finally received their national championship rings and of course had to talk shit to UCF on social media.